In this piece, David-Chyddy Eleke writes on the kidnap of 80-year-old Lady Roselyn Ughanze who was taken by six armed men four years ago with no ransom demands and no trace, or any clue to whether she is still alive or dead, and the trauma of her family.

It was on the early morning of Sunday 26th June 2012 when Lady Roselyn Ughanze, a devout Catholic faithful was preparing to go for the morning mass. Even though she was 80 years old, she is strong enough to take care of herself, as she always goes to mass everyday. But that faithful day was different because she never made it to drive to church in her Honda CRV car as every other day as she was kidnapped by unknown men before she could.

Before then, an attempt to take her six months before her eventual kidnap date had failed as the perpetrators were not so lucky as her son, a businessman, Uche Ughanze narrated to our correspondent. Her family believes that whoever her kidnappers were, were bent on ensuring that she was taken out of the way, for a reason they could not even adduce. Close to one year to her being taken, mama as her children fondly called her had ran into trouble with one of her daughters’ inlaw, which had led to her ejection from her late husband’s house, but she decided to take refuge in the house of her son, Mr Uche.

She was beginning to feel at home again, probably to the annoyance of her haters when kidnapers started coming for her. During the first attempt on her, Mama was said to have suspected some men who came to her compound, and had hurriedly entered her house and bolted the door, shutting her assailants out. But she was not so lucky on the second attempt, six months after, as she was taken, and her car also stolen by her assailants.

At 80, Lady Ughanze had no better faith in anything else than her belief in God. A devout Christian of the Catholic stock who diligently attends morning mass every day. Her faith in God and His ability to protect her from the machinations of her enemies was incontestable.
Indeed, when her second son, Uche bought a Honda CRV car, she insisted that the car’s number plate be customized and registered with a bible verse ‘Psalm 37’. Its first two verses read thus: “I do not fret because of those who are evil or be envious of those who do wrong, for they are like the grass…They will soon wither away like green plant; they will soon die.” With this, madam Ughanze will cruise through the village, feeling secured in her car, but it was in the same car that she was taken on 26 June 2012, and her quest to attend mass that day or any other cut short.

Four years after, her children’s prayers that one day she will walk in to tell them the story of her long absence has remained unanswered, but what they say torments them most is the silence that has continued to trail her disappearance. The family said that having supplied the necessary tips and even the phone number of the suspected kidnappers, with which they had called to solicit ransom to the police, it is up to them to move in and conduct a thorough investigation that will lead to the arrest of the kidnapers. The family also expressed unhappiness that the initial suspects arrested for quizzing as the phone numbers belonged to them were also set free without relating back to the family.

Speaking to journalists on the incident years after the kidnap, her son, Uche Ughanze said he is afraid for his mother’s life as her kidnappers, who initially called him to ask for N100m ransom have suddenly stopped contacting him when they learnt that he lodged a complaint with the police. Ughanze stated that the problem has made him restless, to the extent that he is now finding it difficult to concentrate on his business, from where he could raise the money to pay the ransom demanded by the kidnappers.

But speaking to THISDAY through their counsel, Mr Odinaka Obiorah on the fourth year of the disappearance of his mother, Uche said the conclusion of investigation will help bring to book the perpetrators of the crime and also set the family’s mind at rest as to whether their matriarch is still alive or dead. Obiorah said the family still has a strong belief that Mrs Ughanze who was 80 as at the time of his kidnap last four years was still alive, but said that a thorough investigation will also reveal if she was dead.

“We call on the police and other security agencies to rise up to their duty as we are not in doubt as to those who kidnapped our mother. Justice should take its course no matter who is involved or how powerful they are. It is the position of the family that they do not know if their mother has been killed or still alive but they know that petitions and other similar letters being circulated by the detractors have killed the search for Lady Roselyn Ughanze. The authors of said petition and letters are putting up smiling cheeks to Lady Roselyn Ughanze’s discomfort and her family’s predicament over same. It is, to say the least, unconscionable or unfortunate or both. I announce the family’s plea to those who have access to Lady Roselyn Ughanze, their beloved mother, to let her know if she has not been killed that the detractors killed all the family’s efforts to locate her. She should be told also that the family, though down now, but have not given up in their search for their mother.” Obiorah submitted.

When THISDAY visited the Anambra State police command to know if the police plans to reopen investigation on the matter, the command’s spokesperson, DSP Ali Okechukwu was not in the office. He however told our correspondent that he was in a meeting when he was contacted on phone, pledging to call back. But as at the time of filling this report, he did not return the call.
ENDS. 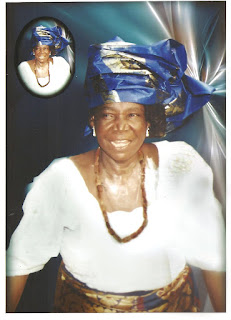 Police tasked over kidnap of 80-year-old, 4 years ago