The yearly event which held at St. Raphael’s Catholic Church Awkuzu had in attendance the traditional ruler of the community, Igwe Prof. Charles Anakwenze(Nnamenyi III), the town President General, Chief Innocent Chialu, members of Igwe-in-council, prominent indigenes of the community and host of others. 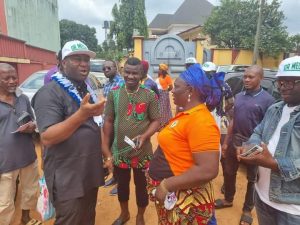 Speaking during the occasion, Dr. Nwachukwu eulogised ndị Awkuzu for their warmth reception spirit. He noted that he has over the years shared many ties with the community as a son of the daughter of the soil. He emphasized that the people of Awkuzu are known for being hardworking in whatever they find themselves into. He commended the leadership of the women wing President General, Mrs. Angela Osakwe for her untiring effort in seeing the cause of the women thrive.

Going further, he maintained that the Annual Meeting is timely and a veritable platform for Awkuzu women to unite, reflect and interact on development issues as well as proffer solutions to the challenges confronting them in particular and the society in general.
He therefore urged them to utilize the unique opportunity the gathering provides to chart a new course for their wellbeing, that of their families and the society at large. 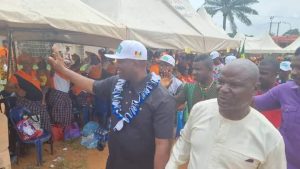 Congratulating his ally and friend, Chief (Mrs) Ify Abunyie who was during the event conferred a prestigious chieftaincy title as ‘Lolo Ugogbe Awkuzu’, Nwachukwu described her as “one of the best” and sincere woman he has ever known, said she has over time demonstrated competence, loyalty and astute excellence in every duty under her mandate, and that the chieftaincy title conferred on her is a testament to her virtues and a well-deserved honour.

Concluding, the Medical Director, Princeton Specialist Hospital and Orthopaedic Center Awka said he trusts the title recipient not to rest on her laurels but to continue exhibiting those virtues that have endeared her to her community.

Dr. Nwachukwu however, on behalf of his campaign organization , donated a One Million Naira sum for the community widows and downtrodden amongst them. 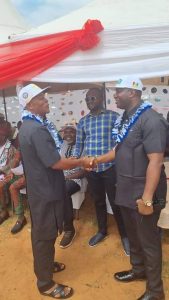 Bianca laments on her birthday, calls herself fatherless widow