Ojukwu attended Kings College Lagos, Epsom College, Surrey, England and the prestigious Oxford University, England. By the time Ojukwu returned to Nigeria in 1955, his father had become one of the richest businessmen in the country with a business empire that spanned Transportation, Banking, Retail, Construction and Manufacturing.

Ojukwu’s father took him to his corporate headquarters and showed him a well furnished airconditioned office, offering him a top position in his business organisation. Ojukwu turned his father down, telling him he wanted to make his own way in life. Ojukwu eventually secured a job in the civil service as an assistant district officer of Udi division, just outside Enugu. In 1956, Ojukwu was posted to Aba. It was at Aba that Ojukwu attended a party that would change the course of his life. At this party, Ojukwu met a young Yoruba man called Adeyinka Adebayo, who had just been newly commissioned as an officer of the Nigerian Army. Adebayo told Ojukwu that the Army was in the process of being indigenized and their was a shortage of officers. A few weeks after this party, Ojukwu was promoted to District Officer and posted to Calabar.

On hearing that his son had been posted to Calabar, Ojukwus influential father prevailed on the authorities to cancel the posting. When Ojukwu learnt of what his father had done, he angrily resigned his job and drove all the way to Kaduna where he enlisted into the Nigerian Army as a lowly recruit.

The British officers at Kaduna kept wondering what an Oxford graduate was doing as a private in the Army and sent him for officers course in England. Ojukwu returned in 1957 and was commissioned a second Lieutenant, the first graduate to join the Nigerian Army.

Ojukwu rose rapidly through the Army. He was promoted to Lieutenant in 1958, Captain in 1960, Major in 1962 and Lieutenant Colonel in 1964. Ojukwu was commander of the 4th battalion, Kano, when the first coup happened in January 1966.

As the coup unfolded, Major Nzeogwu called on Ojukwu to join the coup to which Ojukwu refused. Ojukwus refusal to join Nzeogwu is one of the major reasons why Nzeogwu’s coup eventually failed.
General Ironsi then siezed power and appointed Ojukwu Military Governor of the Eastern Region.

6 months later, mid-level officers of the Nigerian of Northern extraction conducted a coup that led to the overthrow and killing of Ironsi, and the installment of Lt Col Yakubu Gowon as Head of State. The coup also greenlighted a pogrom in which over 30,000 Easterners, mainly Igbos, were killed all over Nigeria, particularly in the North.

The inability of Gowon to stop the killings, the resentment in the Eastern Region against his government and the fact that Ojukwu was senior to Gowon caused bad blood between both men

The crisis became so bad that the then President of Ghana, General Joe Ankrah, intervened and invited both Gowon and Ojukwu to his Hiltop Mansion in Aburi, Ghana, for peace talks in January of 1967.

After two days of discussions, Ojukwu and Gowon signed an agreement that was to be known as the Aburi Accord.

A few months after their return from Ghana, Gowon broke the Aburi accord they signed by issuing decree 14 of 1967 which abolished all the 4 Regions, created 12 states, reversed the fiscal federalism practiced, changed the revenue sharing formula, all in a bid to increase the power of the North over the rest of Nigeria

In retaliation, Gowon declared war. The war raged on for 3 years and ended in January 1970 with Ojukwu handing over to his deputy, General Effiong, flying into exile in Ivory Coast and the subsequent surrender of Biafra. 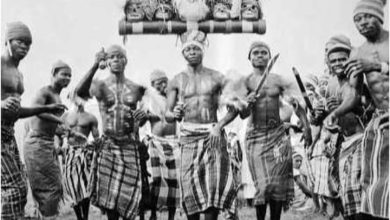