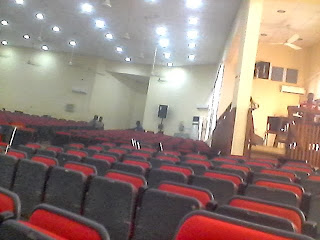 ON OBI SHUNNING JOURNALISTS
(Published in Thisday of last Saturday)
I read your publication in Thisday newspaper. I want it to be on record that the report that Mr. Peter Obi shunned journalist unusually and refused to make comments on President Mohammadu Buhari was as misleading as it was false.

I remember I was with him that faithful day, during Thisday Award at the Eko Hotel. As Mr. Obi was entering the venue with other dignitaries, some journalists, in the course of their jobs, approached me to talk to him for an interview. I did, but he told me he would not have time for that, for he was actually travelling to Switzerland that day for the commencement of his programme at the Institute of Management and Development(IMD). He only managed to attend the event because of the respect he has for Thisday and as a former recipient of their award as the “The Best Governor in Fiscal Management in 2008”, because of how he was managing the resources of Anambra State. It was this fiscal discipline that ensured that he left 75 billion Naira ( cash and investment), even when other States inherited debts. In addition, he did not owe contractors nor raise bonds/took loans.
Consequently, when some journalists approached him, he jokingly waved them of by the hand, telling them that he was at the event just for a few minutes . As usual, and in sync with his high morals and manners, he did so very courteously. Because of the constraint of time, he did not stay to present one of the awards as earlier requested by Thisday Family.
He did not make further comments that would warrant the embarrassing publication suggesting in any way, his dislike for the President or any person for that matter.
Elections have come and gone. While remaining faithful to his friends and political associates, Obi has been consistent in urging prayers and support for those in authority, especially Mr. President, to lead us aright because we have no other countries and must join hands to build our country for posterity.
Valentine Obienyem

Obi will be president, says Prophet who predicted Trump’s rise