The Senator representing Anambra South Senatorial District, Senator Ifeanyi Ubah who is also the National Leader of Young Progressives Party (YPP) has met with candidates of the party in Anambra State at all level.

Ubah used the relatively unknown political party to secure a seat in the Nigeria Senate in 2019, after leaving the All Progressives Grand Alliance (APGA) where he was denied the senatorial ticket. 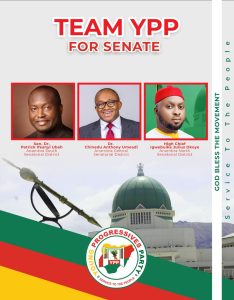 Ubah who met with his fellow senatorial candidates, House of Representatives and House of Assembly candidates in the state charged them to keep their campaigns issue-based, and to shun mudslinging.

Addressing the candidates who are 22 in all, Ubah said: “On behalf of the Senator Ifeanyi Ubah Campaign Organization and the YPP family, I wish to congratulate our new entrants into the YPP structure in Anambra State.

“In this era of political negotiations, realignments and strategies. I welcome our new members who found our party credible and worthy of actualizing their political aspirations. 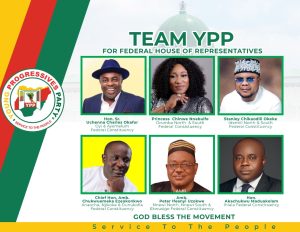 “As we approach the 2023 elections with greater hope, I enjoin our teeming party members and supporters to remain issue based in our narratives and focus on issues that will be beneficial to the electorate as the Young Progressives Party (YPP) is focused on delivering credible results.”

He charged YPP members and supporters at all levels to focus their eyes on achieving result and remain steadfast to the course and cause of the party. 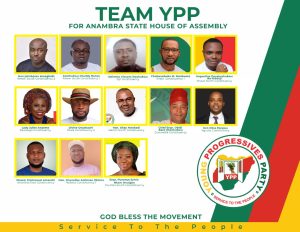 He added that: “With your collective support, I look forward to achieving greater goals and advancing the fortunes of YPP and the Anambra State at large.”