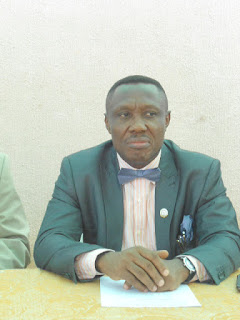 – There are lying, says VC

The National Association of Nigerian Students (NANS) Zone ‘B’, has threatened to shut down the Nnamdi Azikiwe University, Awka on Nov. 21 over what they termed diversion of students’ funds by the Vice Chancellor, Prof Joe Ahaneku.

The Coordinator of NANS Zone ‘B’, Mr Pedro Obi issued the threat in a statement jointly signed by Mr Amaechina Ikedi, the chairman of the union and made available to newsmen on Sunday.
Obi said the threat followed the alleged removal of the institution’s sitting Student Union Government (SUG) President, Mr Noble Eyisi and his unlawful expulsion by the Vice Chancellor, Prof. Joseph Ahaneku.
However, Ahaneku while reacting to the threat, described the allegations as “dumbfounded and falsehood.”
This is even as Obi said Eyisi was allegedly expelled for demanding an account of the SUG dues from the vice chancellor, who he claimed appointed his aide to oversee the affairs of the union.
“NANS frowns at the nonchalant attitude of the university towards students’ representation in the campus, where for over two academic sessions the university has been without a democratically elected SUG Government.
“This is for sure being coordinated to allow an aide of the vice chancellor, who doubles as a lecturer to function as SUG President. 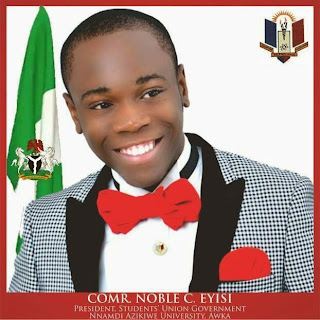 “Within this period, the VC has been diverting the SUG dues,” Obi alleged.
The coordinator described the alleged 200 per cent increase in school fees of students by the institution as well as un-receipted bank charges as “extortion, fraudulent and illegal.”
The coordinator, who disclosed that the union were mobilising students to the university against the management, called for the reinstatement of Eyisi and other politically victimized students.
He called on the Economic and Financial Crimes Commission (EFCC) to probe the accounts of the institution and the SUG.
But Ahaneku, who spoke on phone through the institution’s Public Relations Officer, Mr Emmanuel Ojukwu, said that the former SUG President was rather impeached by members of the SUG parliament.
“Even after his impeachment, he went to court to challenge it but also lost,” Ojukwu said, describing that the allegation of embezzlement of SUG dues as “infantile and stupid”.
“How can they say that the vice chancellor embezzled money; does the VC touch money of the university let alone that of the SUG.

“SUG dues are handled by the student union, the only thing we do is to supervise so that they don’t mismanage the funds,” Ahaneku added.

What Anambra Deputy Gov said About Obiano's Use of Private Jets