The Deputy Governor of Anambra State, Dr Onyekachukwu Ibezim, has met with native doctors in the state.

He advised the members of Alternative Medicine Practitioners in the state to work with the government to achieve their association’s goals, assuring them that the Governor, Prof. Chukwuma Soludo woukd find a lasting solution to their complaints.

The deputy governor stated this on Wednesday Wednesday at his office in Government House, Awka when the leadership of the association called on him to seek modalities in which the association woukd seamlessly support the government through their trade and practices.

Addressing members of the press after a closed-door meeting with Mr Deputy Governor, the National Taskforce Chairman of the Traditional Medicine Practitioners, Amb John-Mary Ibeka, said he led the association to the government house, declaring that “we are here to support the government and to ensure that revenue generated through our licensed members are paid into government coffers” noting further that they would not want any fraud to be perpetrated using their association.

For his part, the Vice President of the Association in South+East, Chief Dr Eugene Eriri, appealed to the government to streamline the channel through which their members are licensed, pleading that government should mandate only one body to issue licenses to their members to avoid the proliferation of the process.

Peter Obi escapes assassination as man plots to stab him 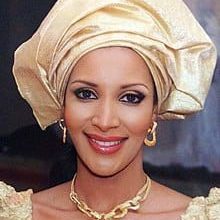 Bianca weeps for accident victims,says “rescuers” only interested in photos