A chieftain of the All Progressives Grand Alliance (APGA) in Anambra State, Chief Azubuike Ekweozor, has said it is wrong for politicians to dump their political parties because they lost election.

Ekweozor who is also known as Ide Umuawulu spoke to APGA members in Umuawulu, Awka South Local Government Area during an empowerment exercise for members of the community, which was sponsored by Ide Global Movement, a foundation founded by him. 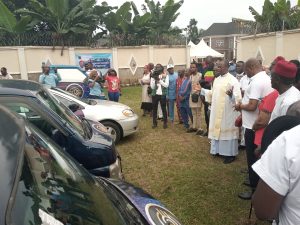 He said the essence of joining political parties is not just for one to acquire political power, but to contribute in societal building.

The politician had previously ran for a ticket of the APGA to contest for the Awka North and South Federal Constituency, but failed to secure the party’s ticket during the primary election. 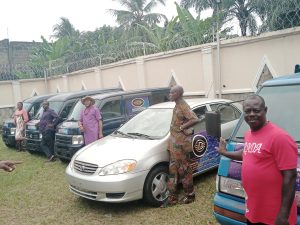 He said: “Many people thought I would leave APGA because I failed to secure the ticket of the party, but I proved them wrong.

“Politics is a seasonal things and it comes and goes. I came out to change narratives of the way things are going in my area, but when I couldn’t get the ticket, I have gone back to my business and moved on with life.

“I’m an APGA member, I’m a major financier of APGA, and I’m not doing it because I want them to give me ticket. Even now that I lost the ticket, I’m here to present empowerment materials to party members, so I can not go to any other party.”

“When I wanted to join politics, I told myself that I will join a party that I can proudly remain with, whether good or bad. So, my membership of APGA is not dependent on whether I get the ticket of the party at the primaries or not. 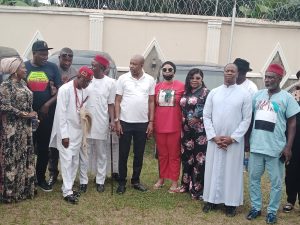 “I made a promise to the party when I was still running for the ticket that I will empower the party in each quarter in this community with a vehicle, so, even though I lost, I have decided to give out five vehicles to empower the party and her officials.”

“I promised them that I will get shuttle buses to help in the easy running of the party’s affairs, and after the primaries, they thought it was a political statement, and that I won’t fulfill it because I lost, but I have just proven many people wrong by fulfilling my promise today.

“My word is not political but a reality. You can see my people very happy with me.”

Meanwhile, there was jubilation in Ide Umuawulu Villa during the presentation of the vehicles.

The beneficiaries of the vehicles, four men and a women were full of praise for Ide Umuawulu, and also showered him with praises, and prayers of a fruitful political career.