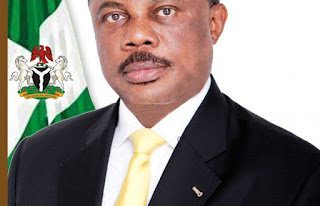 United Progressive Party, UPP has said that the All Progressives Grand Alliance, APGA lost its soul the day its founder, Chief Chekwas Okorie left the party.

The party said it is confident that it would beat the incumbent governor, Chief Willie Obiano in the November 18th governorship election in the state as his party APGA is today a carcass of its old self.
Mr Uche Amaku, Publicity Secretary of the party in Anambra state stated this during a visit to the meeting of the correspondents chapel of the NUJ in Anambra state. He said the party is fully mobilized to battle APGA for the 2018 governorship election.
“APGA has today been highjacked by people who are not even aware what the mission of the founding fathers of the party is. The soul of the party has long left it, what is left  of the party today is its carcass.
“It is true that UPP and APGA were founded by the same leader, Chief Chekwas Okorie, but it is obvious that APGA lost its bearing and focus to serve as a platform for marginalised persons in Nigeria, especially Ndigbo to participate fully in the country’s Democratic system,” Amaku said.
He said APGA is now a political instrument of a few individuals and has failed to serve as it’s intended purpose of mainstreaming the collective aspiration of Igbos has failed.
Speaking on the recent endorsement of the party by the pro-Biafra group, Indigenous People of Biafra, IPOB, Amaku said some members of the group were its members, and they had no problem with that as the group has never been violent.
He said, “We are not partnering with them, you cannot partner a political party, rather some of their members are are in our party. We are giving them the opportunity to be a part of the democratic system in Nigeria.
“APGA which is supposed to be an Igbo party has not demonstrated that they are sympathetic of the Igboman cause. They have derailed  from the original reason for the formation of the party,” he said.

DSS CLAMPDOWN ON JOURNALISTS CONTINUES AS PUBLISHER OF 247UREPORTS.COM IS INVITED BY DSS, OWERRI

FG, Some Governors Conniving To Conceal AI Report on Killing of our Members - IPOB