Dr Nwachukwu, a renowned surgeon who recently declared interest in politics has continued to receive support from well meaning Anambra people, including his constituents.

Nwachukwu will join several other medical practitioners to offer free health check and advices to journalists, during today’s event.

The Nigeria Union of Journalists (NUJ) Anambra State Council during a courtesy visit to name Nwachukwu as the chairman of today’s event, the body eulogized Nwachukwu for his many philanthropic gestures to the needy and downtrodden in the society.

The visit was to solicit partnership with the medical expert on the forthcoming maiden NUJ Health week billed for 27th July, 2022 at Godwin Ezeemo International Press Center, Awka, Anambra State.

Speaking during the visit, Comrade Odogwu described Dr Nwachukwu as a gift to humanity who has used his God-given opportunity and capacity in the medical field to help humanity especially the poor that could barely afford quality medical care.

According to the NUJ Chairman, Dr Nwachukwu, has performed series of surgeries and treatments on helpless persons without collecting a dime.

He commended the ZLP candidate for his charitable works and urged him not to relent or be discouraged in pursuit of better life for the people.

Earlier, the Chairman NUJ Health committee, Comrade Chinyere Okoye, disclosed that the NUJ proposed the partnership due to Nwachukwu’s antecedents as well as his success record in the medical practice and other endeavors.

She decried that journalists in the state are prone to health challenges emanating from the complicated nature of their job, hence the need to educate them on the ways to take adequate care of their health to stay fit and healthy.

She so said the Healthweek seeks to attract activities such as free medicare as well as lectures on healthy living and proper care of the health.

Responding, Dr Nwachukwu, while describing journalists as the moral barometer of the society, thanked the NUJ delegation for the visit and noted that he is ever ready to partner the union to achieve a better life for the people.

Dr Nwachukwu, a fellow of West African College of Surgeons and Consultant Orthopaedic and Trauma Surgeon, Chukwuemeka Odumegwu Ojukwu University Teaching Hospital, Amaku, Awka, noted that the proposed health week is timely and crucial especially the period that people are faced with pressures emanating from hardships and sufferings.

In a vote of thanks, Comrade David Eleke of Thisday Newspaper was full of praise for his many kind gesture and humanitarian services to the society.

He, however, assured the ZLP candidate of the full support of NUJ in his practice and quest to represent his people at the green chamber. 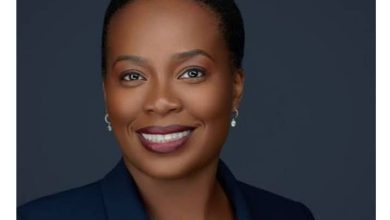 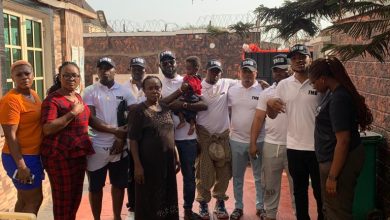