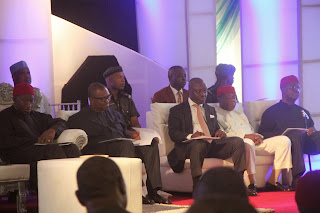 Journalists Alliance for the Prevention of Mother-To-Child Transmission of HIV in Nigeria, JAPiN, a group working for the prevention/elimination of mother to child transmission of the disease by 2030, has said that Nigeria’s efforts to meet the deadline is grossly inadequate.

The group in a communiqué issued after a two-day national meeting held in Enugu and signed by the national coordinator, Mr Sola Ogundipe stated that Nigeria has been left behind in efforts to mitigate the burden of HIV and AIDS through PMTCT because of poor aggregation and coordination of efforts.
Part of the communiqué reads, “JAPiN notes a significant decline in funding of PMTCT activities and other HIV interventions by international donors in Nigeria, and that a huge gap in advocacy due to poor coordination is hurting efforts to redress MTCT situation.”
The group stated that there is a huge communication gap in PMTCT efforts towards eMTCT in Nigeria due to poor cooperation from frontline managers of HIV and AIDS in Nigeria.
It therefore stated that PMTCT interventions in Nigeria should be guided by the new UNAIDS target of 90:90:90, which is to ensure that 90 per cent of the global population is tested for HIV, 90 per cent of those who test positive have access to treatment and for 90 per cent to be virally suppressed.
It also called that since HIV is not a stand-alone goal under Sustainable Development Goals, SDGs, there is the need to sustain its visibility by prioritising interventions towards meeting related goals and targets, using the broader Maternal Newborn and Child Health (MNCH) scheme.
“There is Need to document milestones, gaps, lessons and prospects towards eMTCT using the mass media as first line approach, and also the need to remove bottle-necks to PMTCT coverage by the media,” the group suggested.