Sports betting is the new rave in town. Just by predicting what European team will win which football match, most Nigerians youths now hope to make it big.

They spend every passing day either watching or discussing football, this they believe is a stepping stone to winning big in the betting world as their knowledge of football can enhance a big win for them some day.

This blog gathered from most youths that it has now become a legitimate means of making money as most Nigerian youths now take up sports betting as a job. They go out in the money and play the bets, trying to make accurate predictions of which club will win, then return home to sleep, or retire to a beer parlour of barbing salon to discuss football.

Intermitently they go out to watch live matches, with the hope that the teams they predicted will win. Sometimes, as late as midnight, the last matches of the day are played and they go home rejoicing or sulking about their game having been spoilt by the loss of their favourite team.

This continues everyday and round the year it keeps happening, while these youths fantacize about a big win someday.

Some young people who spoke with this reporter said the trend if very lucrative as most of them have won over N100,000 in the past with as little of N200. they even told stories of young people who have netted several millions. 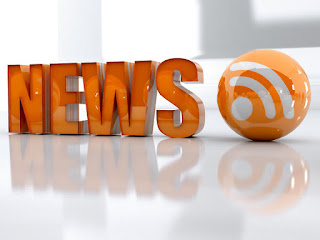 But they never count the little little resources they expend to play the game, which never led to winning, or even how much of the winning they ploughed back into it and did not win.

They do not also consider what they would have gained if they engaged in other useful ventures.

But in all these, this blog found that the introduction of sports betting have limited the number of crime in the society.

It was learnt that most of the young people who would have engaged in one criminal activity or the other now take solace in the fact that someday, they will make big winning from betting, so as they go out to play, engage in watching matches to monitor their game they are distracted from making plans that are criminal.

To this end, a non governmental organisation has condemned the indolence sports betting is bringing over our youths
READ BELOW:

A non-governmental organisation, Centre for Strategic  Leadership and Youth Orientation, CENSTLEYO has identified sports betting as encouraging indolence among youths.
The group said the culture of hard work and perseverance for which Africans are known was gradually  being eroded as more youths take up the habit with the hope of hitting it big, even without working hard.
It said that sports betting was nothing different from gambling which was abhored by Nigerians in the past, except that the practice have been fine tuned and more people lured into it.
The coordinator of CENSTLEYO, Mr Felix Imah stated these during a one-day sensitization workshop held for youths and journalists in Nnewi, to form a working partnership that would help rid the society of vices associated with young people.
He also identified beauty pageants as one of the means which young people hope to attain fame and wealth without working hard. He called for its abolition.
The group observed that gambling and beauty pageants were discouraging youths from skill acquisition and self-reliance.
Delivering a paper entitled ‘CENSTLEYO and the media in the transformation of our society’, Imah argued that such organised get-rich-quick ventures had destroyed most youths.
He said, “They no longer find acquisition of leadership skills and other moral values important or even necessary.”

He called for focus from youths and a culture of hard work to ensure that they realised the full potential of their lives.

SOUTH WEST COMMUNITY THAT BELIEVES THATIF A CHILD'S HEAD TOUCHES THE CLITORIS OF AN UNCIRCUMCISED WOMAN AT CHILDBIRTH, THERE'LL BE TROUBLE