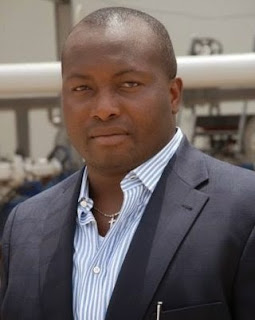 Dr Ifeanyi Ubah has denied report that he has indicated interest to contest the Anambra governorship election which will hold latter next year, saying that was not what he intended to say.
Ubah, a former governorship candidate in the 2013 election on the platform of Labour party had contested against the incumbent governor, Chief Willie Obiano.
The oil magnate has been quoted as saying he was still interested in becoming the governor of Anambra state, but in a press statement signed on his behalf by his media assistant, Mr Okechukwu Onyia stated that the news that he was going to contest against the incumbent governor was misleading.
He said, “I never declared any interest whatsoever to contest the next governorship election in my state. In a media chat I  organized in my Nnewi home on Monday, May 31, 2016, with media practitioners, I  stated very clearly the need for the polity not to be over heated as that could cause distraction to the incumbent Governor  Obiano and urged ndi Anambra to keep supporting the Governor.
“While addressing the media, i stated that we all should continue to encourage governor Obiano especially  as he continues to pay workers salaries which many states are struggling with.
The release quoted Ubah as saying that losing his last gubernatorial contest was a lost opportunity for the state, but insisted that he has moved on and that what is paramount to him now is to help create wealth and jobs for the teaming Anambra youths.
“While answering questions during the media interactive session I made it clear that I am still a young man who may in near future wish to lead my state but re-iterated that i am presently overseeing my conglomerates and would not wish to engage in a process that will likely over heat the polity .
“I therefore call on the media practitioners to stop distorting my quotations in their news reports with bogus and misleading headlines in order not to stir unnecessary controversy, sever relationships and mischievously mislead the unsuspecting public” Ubah stated.

“I however, call on the media to always verify their news through investigative journalism before going to press in order to retain public trust,” Ubah Stated