Facebook Twitter LinkedIn Tumblr Pinterest Reddit VKontakte Odnoklassniki Pocket
A young lady in Anambra, Miss Chidinma (not real name) has recounted a recent encounter she had with suspected operatives of Eastern Security Network (ESN), the militant wing of the the Indigenous People of Biafra, IPOB.
The visibly traumatized and terrified lady said since she started hearing of unknown gunmen, it was her first time of meeting face to face with the dreaded bunch, as before then, she only heard stories of their operations in Anambra and other South Eastern state.
She had visited Ezinifitte in Nnewi South Local Government Area of Anambra State for a burial ceremony, when the incident took place.
Below is her experience…
It was not a small thing. Yesterday (Saturday), we went for a burial at Ezinifitte in Nnewi South here, and you know, all these towns that are around the borders of Imo State, unknown gunmen use to patrol here.
We didn’t even know that they have given order in the community that no security agents should be seen around the area. So one man was doing the burial of his sister, and he brought police men and some DSS people.
So, when the information got to them that someone brought security men to the town, they mobilized and brought seven Sienna vehicles and started shooting any how, and the man escaped, and the Security agents also escaped from the area. So they stayed there and shot for a very long time, and all the people who came for the burial ran for their lives, some entered into the bush and others ran into a nearby compound.
For me, I didn’t know anywhere, so I followed some people who ran into a compound, and we closed the gate and more than one million of us crammed ourselves in one room, while they shot. I was so confused and so afraid. I almost died of panic, I almost suffocated. I think somehow, the gunmen found out that some of us ran into the compound, so they came and started banging the gate, asking us to open the gate, but fear could not allow any of us to go and open the gate. They were knocking and threatening us, until one boy went and opened the gate and they came in and started destroying all the cars parked in the compound. They opened the door to the room where we were and ordered all of us out. They said we should come out that we were not their enemies, that the people that are their enemies are the security people and those who brought them.
We all came out with our hands raised in the air, and we filled out and they now set the house ablaze, saying that they suspect that the security men and the people who brought them may be in the house.
They smashed all the cars in the compound and took some away, after they have set the house ablaze, but thank God, the house did not totally burn, as people came and quenched the fire when they had left.
My boss stays there, and I was made to understand that the people in the area know the gunmen very well. They said anytime someone is driving along that part of the state with a Hilux or Sienna vehicle, they usually collect it and use it to go for operation, and after the operation, they will bring it back to you. They say the people are not harmful, and even when they opened the door, they told us we were not the people they were looking for, and that they will not kill us.
They said they were looking for military men, security agents and some politicians that are not supporting Biafra. They say they don’t want to see them. They were in that compound with us for a very long time, talking in loud tones and lamenting how politicians have spoilt this country.
Many people who ran into the bush did not come out until Sunday morning, while some people were feared to have been lost. The Disc Jockey who played at the event left his equipment and headed into the bush. He was only able to come out in the morning, and when he came out, he found out that a little boy he came to the event with was missing. It was really commotion.
If you see this people, they were very well armed. I almost thought I had died. I started crying for my mother, just imagining how my corpse would be taken to my mother. To the glory of God, nobody was killed, and no one was injured, except people who were missing as at the time we left that community. 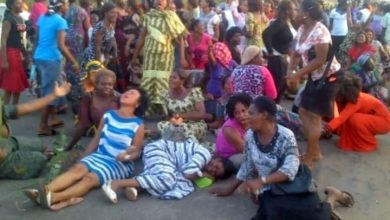 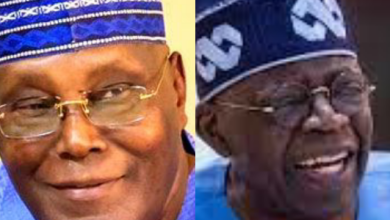 Atiku, Tinubu and the Parable of the Bad Knife