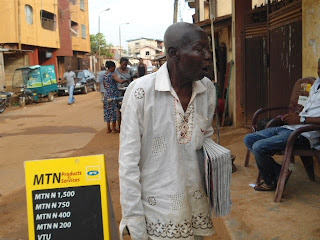 that elders of the church have been coming for him to take him to his local government council to get a means of identification for an account to be opened for him in a bank as he has no valid means of identification, but each time they come looking for he, it would be found that he had sneaked out of the compound. Offor also stated that finishing touches are already being put in a two rooms affair which the church is building for him, with the hope of taking him to his village when it is completed. But is Obinedu will accept to dump his trade and heed their request to go to the village on retirement is another thing.