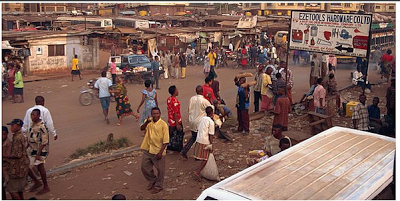 More facts have surfaced as to the reason behind the gas fire explosion that took the lives of several people in Nnewi on the eve of Christmas in Chikason Gas plant.
An elder of Nnewi town who spoke to our correspondent on the condition of anonymity said that the foremost Nnewi industrialist has been warned that a high caliber disaster will visit his factory as a result of his factory’s encroachment of a certain river, known as Mmili Ele, where a river god worshiped by the town inhabits.
Our source who said he will not like to be named said that Chief Chika Okafor, the Managing Director of Chikason Group had acquired the land which currently houses his group of companies some years back, but indigenes were surprised that because the land was located on the outskirts of town, Chikason encroached to the river’s bank.
“If you have been there, you will see that he has a very expansive space of land there, but maybe because he needed to expand his company and add more factories, he decided to widen it by fencing in a large expanse of land that ran into the Mili Ele into his company.
“He was even warned of the consequences of doing so by the chief priest of Mmili Ele, but maybe he did not take the young man seriously. If you go there now, the dreaded Mmili Ele has been depleted in size, and looks almost like a small stream crossed only by a small culvert-like bridge. So I think the river god only fought for itself.
It was gathered that Chikason only started taking the threat of the Chief Priest seriously when recently a known Man of God prophesied to him that a huge disaster was about to come over his company, and even went ahead to prescribe a week’s fasting for him and staffs of the company.
According to our source, even former Governor Chris Ngige had experienced the power of Mmili Ele when he was governor of the state and sought to construct a bridge and road over the river.
“He tried his best, but the road always went bad even before the construction ended, and when he was advised on what to do, he did it and since then, the road and bridge across Mmili Ele has remained in good shape.
“During that period, a sacrifice had been performed by some white men who were constructing the road, and a very huge crocodile had been caught and taken away by the white men who were working there, and since then, there had been no problem on the road” He said.

Meanwhile, Anambra State Commissioner for Health, Dr Joe Akabuike, who visited the victims of the fire disaster at National Orthopedic hospital in Enugu has said that Gov. Willie Obiano sent him to reassure the hospitals that Anambra government would pay every kobo spent on treatment of the victims.

“Gov. Willie Obiano is deeply concerned and had also sent me to give him up-to-date information on the condition of the victims sent to the two federal referral hospitals in Enugu. And thank God all the victims are doing well and worthy of note is the pregnant victim, who is now conscious and she is responding very well to treatment,’’ Akabuike said.