There are speculations that the Chief of Protocol to Governor Willie Obiano, Mr Uzuegbunam Okagbue, who is popularly known as Uzu has concluded plans to go to the Senate to represent Anambra Central as Obiano’s tenure draws to an end. 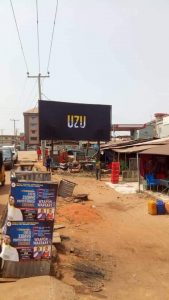 THE RAZOR NEWS gathered that Uzu has made extensive plans to ensure that he goes to the Senate, on the ticket of the All Progressives Grand Alliance, APGA, just as he is said to be receiving massive support from his boss, Obiano.

A source who spoke to this newspaper on condition of anonymity said: “Since he started thinking of that aspiration, there have been a huge shift, away from some other prominent people who are running for the same position, because Oga is in support of him.

“He also has a lot of advantage and wields a lot of influence, just as he is stinkingly rich. Many of the people who met and found favour in Obiano, either through appointments or contracts.

“Most of these social media people you see who post things, hyping one contestants or the other for the position of Senate in Anambra Central will not even continue once he declares fully, because some of them owe their appointments or favours to him.”

Okagbue, an Umunachi born former banker served Governor Willie Obiano as Chief of Protocol for eight years, and is said to be stinkingly rich, despite coming from a rich home himself.

His aspiration a source also said has made some youths working for another Senatorial aspirant in the party, Senator Victor Umeh to withdraw from making posts about him as they believe that Okagbue is a better prospect for the party, considering his youthfulness.

Meanwhile, to support the speculation that Okagbue is ready to run against Umeh to clinch the ticket of the party, billboards bearing the inscription ‘UZU’ have sprang up in various locations in Anambra Central.

Many have supported the aspiration, saying that the Nigerian Senate will need a cerebral and vibrant young man like him to elevate the debates and representation of Anambra Central, a position currently being held by Senator, Iyom Uche Ekwunife.

Once he declares, Okagbue will face Senator Victor Umeh, a strong member of the party, and Hon. Dozie Nwankwo, a current member of the House of Representatives, who are also in the race.

Senator Umeh was replaced in the Senate by Senate Ekwunife after only 8 months of representation. Hon. Nwankwo is currently the House member representing Dunukofia, Njikoka and Anaocha federal constituencies in the House of Representatives. He is serving his second tenure and has expressed a desire to his political allies that he wants to move from the green to red chamber in 2023.

Attempts by THE RAZOR NEWS to reach Okagbue on his mobile phone to ascertain if he was truly throwing his hat in the ring for the contest yielded no fruit as his phone remained switched off.

2023: Soludo will ensure only APGA wins all seats in Anambra