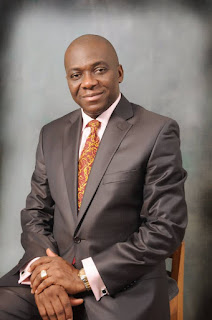 An Anambra governorship hopeful on the All Progressive Congress, APC, platform, and chairman of Tetrazzini foods, Chief Donatus Okonkwo has thrown his hat into the ring, for the Anambra gubernatorial election billed for November this year.
Okonkwo, younger brother of Senator Annie Okonkwo, who represented Anambra Central Zone and erstwhile governorship hopeful told THISDAY in an interview at his country home, Ojoto, Idemili North counvil area that he has conferred and received the blessings of his elder brother, Annie who is also a popular politician to run for the position.
Okonkwo said he was motivated to run by the fact that Anambra was gradually slipping away from being a first-class state which it had always been, and that if Obiano was left to do a second term, he might completely do the state in.
He accused Governor Willie Obiano of corruption, saying that his major reason for seeking reelection was to retained immunity and avoid prosecution as his party, APC has uncovered some of his ‘financial atrocities’ in the state.
“Obiano is corrupt. He knows he will go in immediately he is out of office that’s why he is fighting the battle of his life. Obiano has deceived Ndi Anambra enough. He has plunged this great state into a deep ditch. We must not allow him to continue. He has rubbished us enough. We are tired of government by Photoshop.
“Just look at that old fashioned flyovers he built in Awka. Is that not enough to send him packing? Our 15billion Naira just went down the drain for no just cause. Is that not an insult to the collective psyche of Ndi Anambra? No, tell me, is this man not stealing us blind?” he queried.
Okonkwo who claimed  to have over 1,200 workers in his food chain outlets across the country said he pays them regularly because he was under obligation to do so, having employed and retained their services. He urged Governor Obiano to desist from bandying payment of salaries as achievement as employers in the private sector were already doing that.

Speaking on his chances of getting APC ticket in a political heavy weight studded party, said he was ready to back down for the best aspirant, so long as the contest was fair, but assured that he was more than ready to wrestle it with other aspirants, noting that he had consulted widely before throwing his hat in the ring.

“I have the capacity. I know I will get it. I have started seeing myself as the flag bearer of my party already, all I need is a free and fair primary election from the officials of the party.”
Asked what he would do differently from what Gov. Obiano had done,  Okonkwo said he would place high premium on youths empowerment, noting that if elected most of the positions in his government would be occupied by the youth, to assuage the long years of neglect. 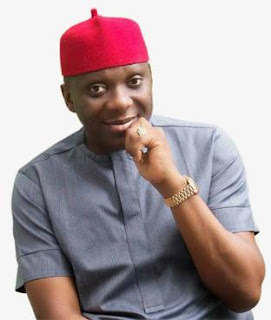