According to Obienyem the encounter was when he(Obienyem) was a student of the Lagos State University ( LASU), when Tinubu was the governor of Lagos.

In Obienyem’s narrative circulated to journalists ,titled: “When Tinubu was after me”, he said an article he wrote in a national daily brought the trouble to him.

Obienyem said, “My first remote encounter with BAT was in the 90s. As a student of Lagos State University, LASU, I wrote an article entitled “Lest LASU be Forgotten.” At that time, Dr. Okey Ikechukwu was the Chairman of the Editorial Board of Comet newspaper (now The Nation). It was Dr. Ikechukwu, a dutiful mentor, that requested I write on the topic as part of his painstaking mentorship.

“If there is one person I would ever remain grateful to, he is Dr. Okey Ikechukwu. In spite of protests from the Editorial Board, he insisted I would be published every week even when I was not a columnist.

He did almost the same thing for Mr. Sola Fasure when other members of the Editorial Board had questioned his qualification for membership, being too young, and according to some of them, inexperienced.

“Ikechukwu settled the argument by pointing to the quality of our contributions which always enhanced national discourse. In the case of Sola, he reminded them that part of doing the job well was also grooming successors. Indeed, Sola later became the boss.

“Not ready to see Tinubu play ping pong with his mentee, Ikechukwu said to me: “Finally, Tinubu is after you”, he told me in his usual calm voice always mirroring the mellow metaphysics of personified wisdom. After telling me the details and the drama that played out at “Comet“ over the article, I asked, like a young Oriental seeking wisdom from his Yogi teacher: What do I do?

Flowing from the interaction, I wrote another article entitled “Still on LASU.” Thereafter, I returned to LASU comforted by Ikechukwu’s words: “Should your school try to be funny with you, just let me know.”

“The fatherly Prof. Olusegun Yerokun received me affectionately and tried to stifle me with his embrace: I was re-assured that I was safe. Seated, the Dean brought out the two articles and said, smiling: “Do you know the problem you have caused for the VC? Even when the dust raised by the first article was yet to settle, you wrote another one.”

The Dean was surprisingly happy with me. Now relaxing over a bottle of malt drink which he insisted I must take, he started reading the article again and made further observations: “Val, you write so lucidly and so serenely.

“However, got your peace of mind, avoid writing about LASU and about Tinubu.” I suspect he was enamoured by the fact that the subject of the write-ups were about lecturers strike at LASU, where I castigated Gov. Tinubu and supported the lecturers.

Obienyem added, “Seriously interested in my progress, the Dean took time to ask about my grades, my other involvements in LASU. When I told him I was the editor of the Faculty’s Magazine, he said he would make sure I handled that till I left LASU.

“The Dean told me how the then Gov. Tinubu requested the VC to warn me over the article under reference because I always signed off my articles thus: “ Mr. Obienyem is of the Faculty of Law, Lagos State University.” The perplexed Tinubu thought I was a lecturer.

“When the VC reached the Dean, he told him there was no such lecturer. He mandated him to find out and send whoever it would turn out to be to come and see him. “I am very close to the VC, I shall meet him on your behalf and tell him that you need encouragement and not harassment. I am sure he would know how to dribble the Governor,” were the comforting words of the Dean to me. This was the origin of my friendship with Prof. Yerokun, such that when he wrote a book on Insurance Law, I reviewed it in the newspaper.From the encounter as recalled, would you say that Tinubu is a tolerant man?” 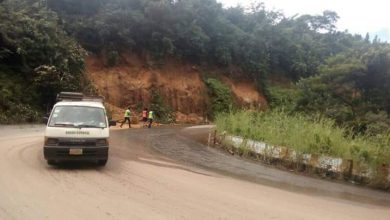 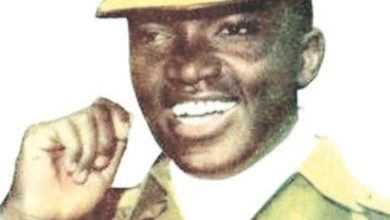