The state police command which paraded the suspects yesterday said they were arrested for engaging in activities banned by the Anambra State government.

A press release by the state police spokesperson, DSP Toochukwu Ikenga accompanying the parade of the suspects stated that the police will continue to enforce the ban, while also fighting other forms of crime in the state.

Ikenga said: “The  Commissioner of Police, Anambra State Command, CP Echeng Echeng has stated that the ongoing effort to rid Anambra State of all manner of crimes and criminality is yielding enviable results.

“The CP stated this, today Friday 25th  March, 2022, following the successful arrest of thirteen suspects for various offences ranging from touting and illegal revenue collections, vandalism and other related violent crimes across the State.” 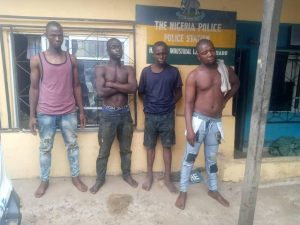 While differentiating the suspects, Ikenga said: “Four of the suspects, namely:  Emmanuel Igwe ‘M’, aged 20years, Chukwudi Obasi ‘M’, aged 38years, Izuchukwu Enemuwa ‘M’ aged 28years and Uchenna Benedict, ‘M’ aged 28years were on 23/3/2022 arrested along the Headbridge, Onitsha while touting and collecting revenue illegally from motorists and other members of the public.

“Another suspect, one Chimezie Nwankwo ‘M’ Aged 34years of Ezimunya village, Umunya, was intercepted and arrested on 23rd March, 2022, along airport road, Nteje.

“The police recovered from him: a Hiace bus, three hammers, two axes and a police belt with which he, alongside two others still at large, terrorize citizens and steal armored cables installed around the Anambra State Airport. 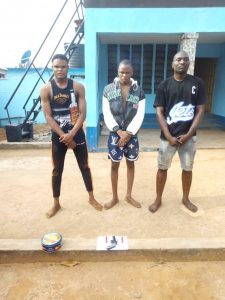 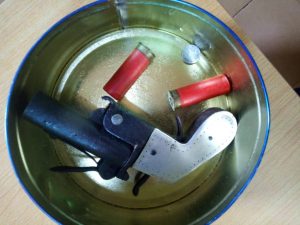 The CP assured of his unwavering commitment and that of the command towards weeding out all criminal elements in the state.

He enjoined all law-abiding citizens of the State to remain vigilant and continue to support the command especially through prompt and accurate information.

Akaekpuchionwa to Declare for Ogbaru House of Reps Position on Saturday

Philanthropist builds house for Anambra widow whose only son was Killed