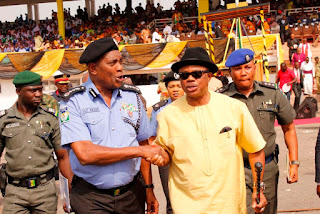 The chairman of the Nigeria Labour Congress in Anambra State, Comrade Jerry Nnubia has said that the union will cripple Anambra State beginning from Thursday, through picketing.
Nnubia who spoke to journalists on his arrival from Abuja, after addressing leaders of affiliate unions of the congress saying that the compliance on Wednesday was commendable, but total  success will be witnessed in the coming days.
“What we are saying is that there is hunger in the land, and people are suffering. Our expectation is that the government will do something to ameliorate this suffering not to add to it.
” Coming with his change mantra, we were looking forward to something new not the same old story, especially as our President has previously been quoted to have said that he does not support the removal of fuel subsidy.
“At a time when the scarcity of fuel was already abatting, and people were already selling at N110, as against the N200 per litre, it is very insensitive for government to increase to N145, causing marketers to review upwards again.” Nnubia said.
He started that on a daily basis in the days to come, NLC will converge at Aroma junction in Awka and moves from there to offices to picket staffs, to ensure full compliance until the government reverts to the old price of N86 per litre.

Speaking on the no-work-no-pay rule to be invoked by the government, labour dismissed it, saying that it was not the first time it was being threatened with such, and that will not deter them.