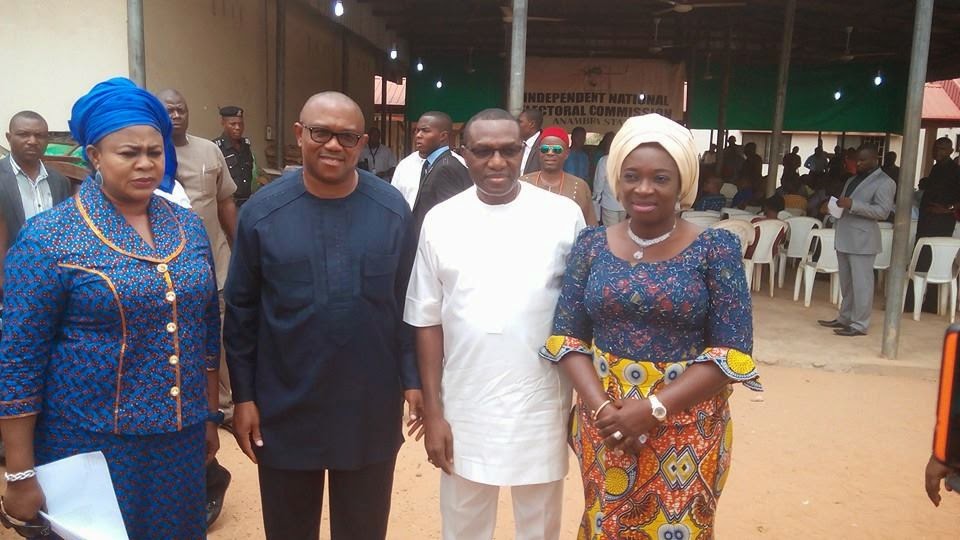 The Independent National Electoral Commission (INEC) has issued certificates of return to 12 out of 14 national assembly members elected in Anambra during the March 28 polls.
Those issued with certificates are Sen. Andy Uba, representing Anambra South, Mrs Uche Ekwunife, Anambra Central and Mrs Stella Oduah for Anambra North senatorial district.
The House of Representatives issued certificates are Mr Peter Madubueze for Anambra East and West, Mr Gabriel Onyewife for Oyi and Ayamelum and Mr Anayo Nebe for Awka North and South Federal Constituencies.
Others are Mrs Eucharia Azodo for Aguata, Mr Chukwuemeka Anohu for Ihiala, Mr Emeka Idu for Onitsha and South, Mr Chuchu Onyema for Ogbaru and Mr Obinna Chidoka for Idemili North and South.
Mr Chris Azubuogu representing Nnewi North, Nnewi South and Ekwusigo was also issued a certificate of return.
The commission however did not issue certificate of return to anyone for Orumba North and Orumba South Federal constituency following a court dispute over the authentic Peoples Democratic Party (PDP) candidate.
Also, Mr Okey Eze, the House of Representative-elect for Anaocha, Dunukofia and Njikoka Federal Constituency was not present to receive his certificate of return.
While handing down the certificates, Mr Lawrence Nworuku, INEC National Commissioner for Anambra, Abia and Benue, urged the winners to be magnanimous in victory.
Nworuku appealed to those who lost in the election to accept defeat or channel their grievances to the Tribunal.
Also speaking, the state Resident Electoral Commissioner (REC), Mr Edwin Nwatarali, dispelled rumours that the commission had cancelled elections in areas where the result had already been declared.
“A lot of rumous had been going round that we (INEC) are cheating and cancelling elections which results have been declared.
“It is not in our interest to do that. I do not have powers to alter any result that has been publicly declared.
“I am not a returning officer. Those carrying false rumours should stop,” Nwatarali said.
While advising aggrieved candidates to go to court, the REC promised that the commission will abide by the decision of the courts.
In a remark, a returning senator, Mr Andy Uba commended the commission and President Goodluck Jonathan for ensuring the conduct of free and fair elections in the country.
Uba, who solicited support of the people of the state, assured that members of the eight National Assembly will enact laws that will affect the lives of the masses.