According to Esimone, the relationship had been the fulcrum behind the success stories of his administration as the university Vice Chancellor.

Esimone, who disclosed this while receiving the State working committee of the NUJ Anambra State council in his office, recalled that the media had never relent in publicising his achievements in office especially the Project 200, a work plan his administration was anchored on which stands on a five-pronged strategy of Push for Academic Excellence, Productive Public/Community Service, Administrative Reforms, Discipline and Advancements.

“The vision of my administration as a Vice Chancellor cannot be achieved without the media. They are the eyes and lenses through which the world see the university. We will continue to work in a symbiotic way. We will keep on building and rebuilding our relationship,” Esimone noted.

He also assured the new State Chairman of NUJ, Dr Odogwu Emeka Odogwu and his team that the UNIZIK would support their administration to succeed through impartation of knowledge and other necessary resources.

Earlier, the State Chairman, NUJ, Anambra State Council, Dr Odogwu Emeka Odogwu, thanked the Vice Chancellor for given the university radio station, UNIZIK a face-lift, including provision of welfare and enabling environment for staff of the medium, students and academic and non-academic staff to succeed in their endeavours.

Odogwu also eulogised the Vice Chancellor for sustainance of the Mass Communication Professional Diploma programme being run in the university in partnership with the NUJ. 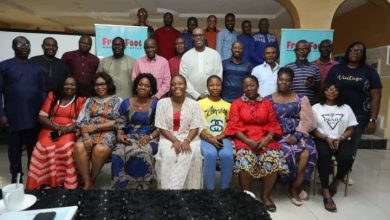