Ex- Rangers Players have lamented what they called neglect by the South-East governors since their retirement from active football, contending that most of their colleagues have been abandoned to their fate.

This was coming as one of the players, a 73-year-old Kenneth Abana on Thursday was hit by partial stroke and had been hospitalized.

Speaking on behalf of the players, the pioneer goalkeeper of Old Rangers International football club and former National goalkeeper of the then Green Eagles, Mr. Emmanuel Okala said that, though one or two former governors in the South -East came to their aid while the serving governors were yet to attend to their plight of I’ll health.

He said, “Its left for you journalist to do the crying for us under this circumstances because it has not been easy for us as old men.We know they may be packaging something for us but at the moment, they should please start doing something before we all die.”

However, Abana was rushed to a specialist hospital in Awka, Anambra state, by his family members when his health deteriorated into partial stroke on Thursday.

It would be recalled that Abana had been bedridden for the past two year as a result of acute arthritis and confined to wheelchair provided by Senator Stella Oduah, representing Anambra North Senatorial zone.

When reporters visited the private hospital where the veteran footballer was receiving treatment, he could not speak as he had lost power of speech.

The wife, Mrs Gertrude Abana, noted that the incident happened in the morning after he had his meal and taken his medicine.

She said Abana was initially rushed to General Hospital but the doctors on duty could not manage him until they were referred to the specialist hospital.

She further said her husband had already undergone series of tests which showed that it was a case of stroke.

Uche Okafor, a neurosurgeon at the hospital confirmed to journalists that Abana was hit by partial stroke, adding
that the case was manageable and needed progressive management for him to recover.

Okala who described Abana as a skillful player and a patriot, said the ex Rangers players family was worried and called on the general public to come to his assistance.

“I am aware of the development, it’s quite unfortunate, we the ex- Rangers players are worried and are calling for assistance for him.”

Before this development, some Ex- Rangers Players had been sick which include the former Captain Christian Chukwu who had athritis and was rushed abroad by Mr Femi Otedola among others. 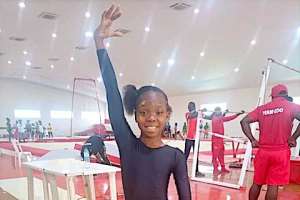 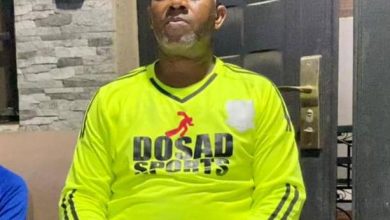