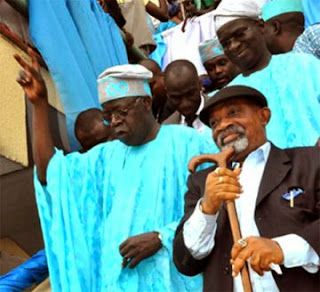 Previous speculations that the national leadership of the APC may mobilize their might down to Anambra to seize the state may have been confirmed as the party has today launched a mass operation that will see it  seize power from APGA in the forthcoming governorship election re-run election held recently.
APC since the current dispensation has not lost any governorship election in any state. It has previously taken Kogi, Edo, Ondo and it is expected that Anambra would be the next port of call for the party’s henchmen.
To fend them off, incumbent governor Obiano who is also seeking re-election would need the courage of Governor Nyesom Wike who stood his ground in Rivers State and won his party majority seat in the senate and house of represenatatives in a  a recent re-run election in the state.
Political analysts however insist that Obiano does not have the character and might of Wike or even Fayose of Ekiti state, and as such, APC may mobilise its men to conquer the state in November.
The stakeholders of the All Progressives Congress (APC) launched operation sweep Anambra earlier today, a political operation it said is aimed at bringing the greater number of the people of the state to its fold to ensure victory for the party in the coming governorship election.
The party said it is targeting atleast one million, out of the estimated four million people in the state, and was set to sweep the governorship poll of the state which comes up later in November this year.
Speaking at a stakeholders’ meeting in Awka yesterday, the Party’s registration committee chairman, former deputy governor of Abia State, Dr. Chris Akomas, declared that nothing less than one million people will be registered during the exercise.
The re-registration exercise which kicked off yesterday in the state began with the minister of Labour and Employment, Senator Chris Ngige, and was followed by governorship hopefuls in the 2017 election, Chief George Moughalu, Dr. Obinna Uzor, Sir Barth Nwibe, Hon. Tony Nwoye among others.
The meeting was attended by political heavy weights in the state including those hoping to actualize their governorship ambition on the platform of the party, also former commissioners, former council chairmen in the state among others.
Addressing the crowd, the chairman of the five man APC registration committee for the state, Dr. Chris Akomas, said from what he had seen already, the party was prepared for the November governorship election in the state.
He warned that the party would not tolerate any form of violence during the exercise, adding that their target was over one million persons for the party in Anambra.
He while charging those aspiring for various political positions in the state to work hard in the exercise, saying that the more people they had, the more chances of winning the elections.
Furthermore, he told them that the import of the registration was not for the dissolution of the current state executive of the party in the state as being speculated, calling on the people to disregard any form of propaganda going on.
Also speaking, the former governor of Anambra state and leader of the party in the state, Senator Chris Ngige, warned that the only person who would lose his seat after the registration was anybody that failed to register.
Ngige, commended the APC stakeholders in the state for the massive turn out yesterday, adding that it showed that they were on the right track for winning the governorship election in the state.

All Plans to Pull Obi Down Are Hatched in Anambra, Says Kinsmen