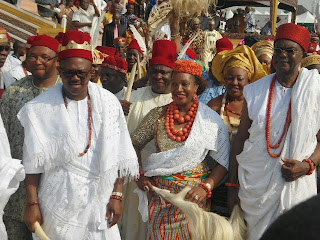 Kinsmen of former  Anambra State governor, Mr Peter Obi have lamented that all efforts aimed at pulling their son down in the politics of Nigeria have been hatched in Anambra State.
Chief Paulinus Anagboso, the immediate-past President-General of Agulu People’s Union [APU] speaking for his people said it was very bad that the same state where Obi served as governor and helped to develop to its current state is the same place his down fall is being hatched.
Obi and his predecessor, Chief Willie Obiano have been engaged in a bitter war since after he helped his the later win the governorship election in 2013, leading to a frosty relationship between both men.
Anagboso’s claims is coming on the heels of an allegation of the donation of 25 acres of land at Agulu for the construction of a religious centre by Mr Obi, during his tenure.
Anagboso denied the report, branding it the handiwork of evil persons desperate to drag an Agulu son down, saying he was the president general of the community at the time Obi was governor, and such large chunk of land could not have been donated to anyone without his knowledge.
In a release made available to the press, Chief Anagboso said he was speaking out because, “Since our son left office, there have been orchestrated plans to pull him down at all costs. It is pathetic that the plans are localized in Anambra State.
“As they keep plotting his fall, he (Obi) continues to sail above the skies in other parts of the country because of his manifest goodness”.
Chief Anagboso further noted that the latest in the series of falsehoods against Mr. Obi was his purported donation of 25 acres of land for religious purposes in his hometown, Agulu, saying that no such thing happened, he revealed that in any case Agulu does not even have such expanse of land anywhere.
Part of the Release reads: “When enemies write nonsense about Obi, it only offers us the opportunity to remember Anambra’s glorious past under him. As a Governor, disturbed that he does not have a house in Agulu, Agulu people under my leadership offered him communal land, but he refused the offer. All he did was to preach to us why any person in authority should shun any communal gift offered to him”.

Soludo Yet to Register in His Ward, Says APC Chairman