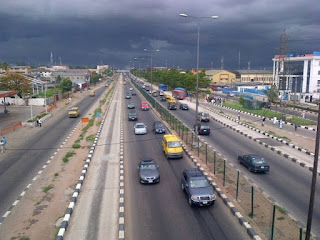 The Anambra State command of the Federal Road Safety Corps, FRSC has revealed that about 35 persons have lost their lives in the state through fatal road crashes between the months of January and May.
The Sector Commander, Corps Commander Sunday Ajayi stated this to journalists yesterday during a courtesy call by the executives of the Correspondents Chapel of the Nigeria Union of Journalists, NUJ to him in his office.
Ajayi said, “Within January and May 2016, we have recorded 85 road crashes in Anambra State, out of which 26 are fatal. 35 people were killed in the crash, and 176 persons were injured. This report may not be comprehensive, because there maybe others that have happened without our knowledge.”
The sector commander added that most of the road crashes that happen on Nigerian roads are caused by over-speeding. He said the use of speed limiters as proposed earlier by the corps will help to check the level of crashes.
“Over-speeding accounts for 60 percent of road crashes in Nigeria, but through the speed limiters, the corps will be able to check incidences of over-speeding which has remained the main cause of road crashes.”
He said that the corps has the mandate to reduce crashes on the highway, but it will not be able to do it alone, and needs the support of the media to sensitise the people on the need to abide by highway codes and other safety measures.
Ajayi stated that the command is working towards reducing the number of crash in the state as it steps into the second half of the year, just as its efforts through the first half accounts for the low number of crashes compared to what was recorded in the past year.
Earlier, the chairman of the correspondent Chapel, Mr Emmanuel Ndukuba stated the readiness of the chapel to partner the command to ensure that the message of safety on the roads reaches the target audience.

Onitsha Killings: We did not fire at security agents – IPOB