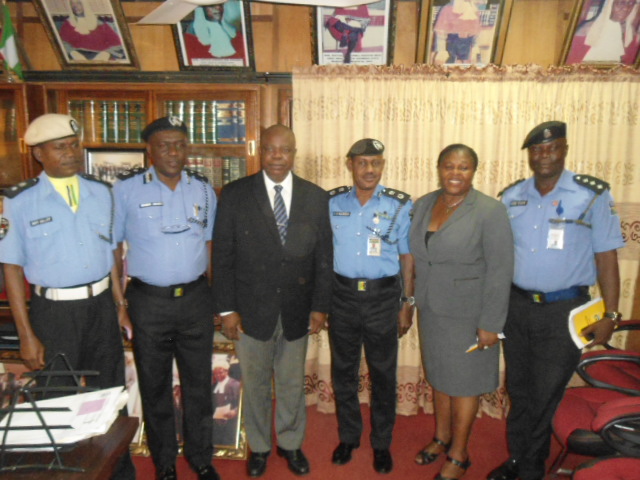 –          Says, no one can stop actualization of Biafra
The Indigenous People of Biafra, IPOB has denied allegations that they shot at security agents detailed to monitor their Biafra Day rally, which led to the killing and arrest of several of its members of Monday in the commercial city of Onitsha.
A press release sent to our correspondent by the organization and signed by its spokespersons, Barrister Emma Nmezu and Dr. Clifford Chukwuemeka Iroanya stated that the allegations were unfounded and targeted at labeling them as an arms bearing group, so as to find a reason to nail its leader, Mazi Nnamdi Kanu who is still in detention.
The group also dared the IGP and the Nigerian government, saying that no amount of cajoling and hounding can stop it from pressing for the actualization of Biafra republic, just as it has instituted a case against the IGP at the International Criminal Court for mass killing.
Part of the release reads, “How can the Police disarm people who are not armed in the first place? We challenge the  IGP provide any proof that Biafrans attacked police personnel and at what point in time did this happen?
“We think he is probably trying to make the job easier for the Department of State Services (DSS) who have been looking for the “smokine gun“ with which they will convince the trial Judge, Hon John Tsoho, that IPOB is a violent organization so that the Judge will uphold charge #2 in the case against the leader of IPOB, Mazi Nnamdi Kanu,“ it stated.
The release went further to dare the IGP, saying, “You can tell all the lies in the world and try to manufacture evidence for your colleagues in the DSS so that they can use it against the leader of IPOB, but the incontrovertible fact is that nobody can stop the restoration of the nation of Biafra.“
Meanwhile, the group in an attachment sent to reporters also stated that it duly sought the consent the Anambra State police Commissioner, Mr Hassan Karma for the Biafra Day rally, and also requested security coverage through a letter signed by its head of directorate of state, Uchenna Asiegbu, and as such could not have shot at them.
The letter dated 23rd May 2016 reads, “As a follow up to our telephone conversation, the Indigenous People of Biafra hereby officially inform the Commissioner of Police Anambra State that a remembrance rally for the victims of the Biafran genocide will hold on the 30th of May 2016 in Anambra state. The rally seeks to remember, recognize the sacrifices made and honor those past and present that laid down their lives for the collective good of Biafrans.
“The Directorate of State of the Indigenous People of Biafra is desirous of holding a hitch free May 30thBiafran Heroes Remembrance day as was the case in Enugu State in 2014 and Abia state in 2015, is confident that Anambra state police command will provide the enabling environment for a peaceful May 30th 2016 Remembrance Rally.”
ENDS.