All roads will lead to Girls Secondary School, Abagana come Wednesday, December 28, 2022 as the school inaugurates her Old Girls Association. The long awaited event will be chaired by the Canada based medical doctor, Dr. Chinedu Umeadi. Umeadi is the Anambra Central Senatorial Candidate of Young Progressive Party (YPP) in the February 2023 national polls.

Other dignitaries expected to grace the occasion include the co-chair, Mrs. Adaobi Ezekwesili, Anambra State House of Assembly Chief Whip, Hon. Pete Ibida who is the Special Guest of Honour and the Guest Speaker, Dr. Napoleon Onyechi. The traditional ruler of Abagana, His Majesty Obi Mbamalu Patrick Okeke is the Royal father of the day while USA based old girl, Dr. Mrs. Josephine Uzoamaka Aguoji is the Mother of the Day.

In her speech, the Inaugural Committee Chairperson, Prof. Tessy Uzoma Onuegbu, said the event which will be held at the school’s hall would serve a triple purpose of a reunion and homecoming for the old girls most of whom will be seeing each other again many years after leaving school, swearing in of the executives as well as raise fund to renovate some of the dilapidated structures in the school. In addition, she said the occasion would also serve as a celebration of the legacy of love and friendship laid down by the founder, late Prof. Gladys Unachukwu.

Prof. Unachukwu envisioned a union where old girls would congregate in a convivial environment with a sense of belonging, where everyone will be treated as equal and important member of the sisterhood in addition to carrying out projects and programs that would impact the old girls as well as our dear Alma mater positively.

Regrettably Prof. Unachukwu died before her vision could see the light of the day. However, sensing that her health challenge was unto death, she handed over the mantle of leadership of the budding association to two old girls, Kasie Abone and Dr. Rose Mary Anazodo both of whom piloted the affairs of the association for a while.

Founded in 1966 by St Peter’s Anglican Church, Abagana, our Alma mater was at inception named after its founder, St. Peter’s Secondary School. No sooner was the school founded did the devastating Biafra/Nigeria civil war start. The 30 months war did not only truncate the envisioned academic pursuit of the newly admitted students but also destroyed physical structures in the nascent school.

Soludo will be President of Igbo extraction, not Peter Obi, says Arthur Eze 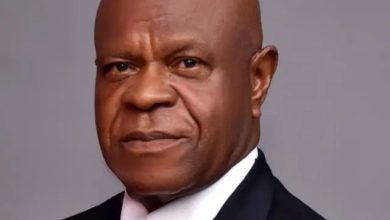 FG Needs to Hand over Reintroduction of History to States, LGs – Onwubiko