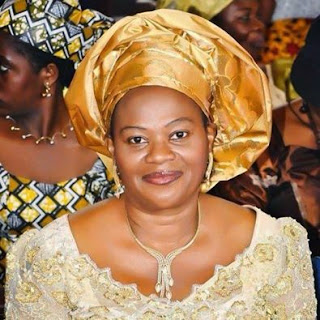 Late Prof Dora Akunyili, former minister of Information and immediate past Director General of National Agency for Food and drug administration and Control(NAFDAC) has been described as a woman who died thinking of how to make Nigeria better. A release by former governor Peter Obi stated that Akunyili died on Saturday morning at about 10am in an Indian cancer specialist hospital, after battling the ailment for close to two years. Recall that Akunyili, despite ill health accepted to be a member of the national conference and also contributed actively in the on-going conference, but had to leave for India to receive medication in an Indian hospital. A release by former governor Peter Obi stated that, “On behalf of the Akunyili’s family, I wish to officially confirm the death of Prof. (Mrs.) Dora Nkem Akunyili, OFR, in a Specialist Cancer Hospital in India this morning at 10 am, Nigerian Time, after a two-year battle with cancer. “In spite her illness, Prof. Akunyili was unwavering in her belief in a better Nigeria. That was why she defied her condition and was part of Anambra State Handover Committee and the National Conference. “The last time I visited her in India, even when she needed all the prayers herself, she was full of concern for the abducted Chibok girls, security and other challenges facing the country and told me that she remained prayerful for the release of those girls and for God to help President Goodluck Jonathan to overcome all the challenges facing the Nation. She therefore urged all Nigerians to remain prayerful and committed to building a better society for our children. We all prayed together and I promised to be visiting her every month. “We thank all those who remain fervent in prayers for her recovery and urge them to remain prayerful for the peaceful repose of her soul.” Akunyili had been rumoured to have died several times, but has continued to defy death until Saturday morning.