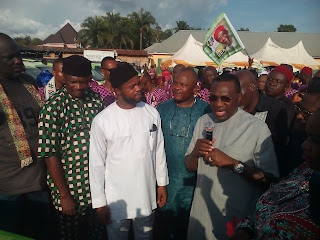 Andy Uba has issued a directive that all campaign vehicles donated by him, while he was in the PDP be returned to the APC, his new found love.

Ubah who spoke at Uga, his home town said his followers moved with him willingly from the PDP to APC, and that none of them was coerced into doing so.

He however said that anyone who wanted to remain in PDP could do so, but all vehicles donated by him should be surrendered to APC for rebranding and used for the forthcoming election.

Uba donated a total of 24 Sienna cars to APC Thursday, saying it was part of his token contribution to ensure that APC moved forward in the state. 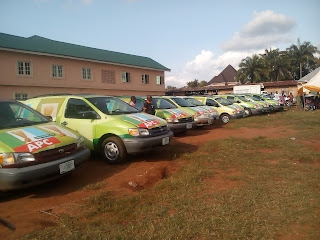 He said, “when I joined APC, I was told of the problems of the party which included giving the party Secretariat a facelift through concrete works and  paintings.

” So, when I went back, I told some of my friends, who said that it was not only the building and the painting that needed to be done. They donated the money for this vehicles you see here.

“We will use the 2007 formula to chase out the incumbent governor. He does not have the capacity to perform, and he is not carrying the people along.

” We are using this opportunity to call on him to start preparing his handover note because APC is coming to take over.”