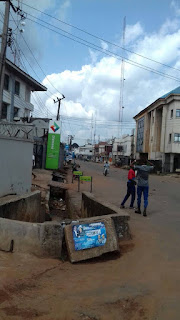 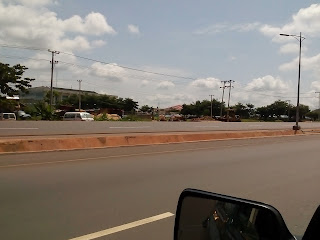 Residents of major towns and villages in Anambra States yesterday refused to heed police assurances for them to go about their daily businesses as they are assured of protection, but locked shops and markets to observe the sit-at-home protest ordered by members of the Indigenous People of Biafra(IPOB).
Elekenews.com reports that there was near total compliance in all the towns visited by our reporter in the state.
Markets in all the major towns of Awka, Nnewi and Onitsha were under lock and keys, while commercial banks failed to carry out businesses, leaving long queues in front of their Automated Teller Machines(ATM).
Schools were not also left out as kids whose parents had dropped off in school were alerted to return and pick them. Transport companies refused to load busses to various destinations, leaving passengers stranded.
The state secretariate that houses civil servants in the state was a ghost of its ussual self when Elekenews.com arrived yesterday as workers were not seen around.
The state, especially in the early hours between 6am and 12pm was literarily shut down as human and vehicular movement was absent. Few people who left their homes to attend to some businesses were however disappointed as they were unable to get commercial vehicles to convey them.
In Onitsha, the popular Upper Iweka motor park which remains busy round the clock was a ghost of itself as no human beings or vehicles were seen around.
A resident of the town, Mr Toochukwu Adaenu, a vulcanizer told Elekenews.com that the sit-at-home protest was more of a celebration than mourning of their fallen heroes to them.
“We need to do this for the government to see how ready we are to leave Nigeria. We support this sit-at-home and will be ready to do again if we are called upon,” he said.
In Awka, Ekwulobia, Agulu and other towns in Anambra state visited by our reporter, traders were seen sitting idly in groups and talking, while most streets in Awka were converted into football fields where football was played by youths resident in the areas.
As at the time of filing this report however, some roadside traders had picked up courage and started opening their shops for business, but banks and major markets remained locked. Town service buses have also started working, but major parks skipped operations for the day.
Elekenews.com reports that the entire exercise has so far been peaceful, and police have been sighted around town patrolling to ensure that no violence was recorded. Its also noted that in Anambra, no one was forced out of business, just as those who observed the exercise did so willingly.
Meanwhile, the Indigenous People of Biafra (IPOB) has expressed happiness over the level of compliance in the exercise.
A press release by the media and publicity secretary of the group, Emma Powerful congratulated Biafrans for observing the exercise ordered by its leader, Mazi Nnamdi Kanu.
He said, “Our supreme leader Mazi Nnamdi Kanu issued this order of sit at home when he was still in Kuje prison Abuja and it has come to pass, all the people of Biafra both home and abroad complied in all totality which was not done in the history of Biafra struggle.” 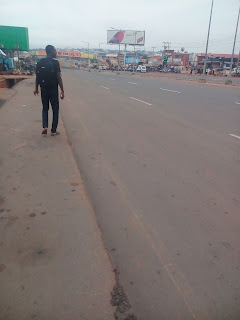 Powerful said that exercise was held in 75 countries of the world with street protests in the diaspora and sit-at-home protest in Nigeria for fear of attack from security forces loyal to the Nigerian federal government. 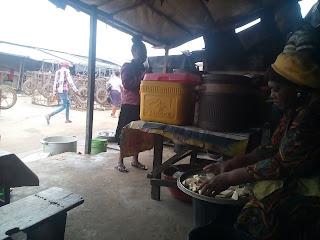 Andy Uba orders all PDP campaign vehicles donated by him, returned to APC