When the idea was muted in 1991 after the creation of the state by some vibrant young men in the community, they were being laughed at as one of such clubs to entertain the members and perhaps, a forum to make merry with ladies.
Nobody took the Ambassadors Club of Awka serious, but today the group that has blossomed to about 75 members has become the pillar of the house with development agenda in the capital city.
It has become the rallying point in solving internal conflicts in the community and more over, gives scholarships to three Awka indigenes annually in the fields of history, law and medicine.
The club attached the scholarships to three eminent sons of the community that made the land proud in their adventures like Late Prof. Kenneth Dike, the first Vice Chancellor of University of Ibadan (UI) who majored in history.
Others are the former Minister in the then Eastern Region, and the first Awka person to read medicine in Nigeria, Late Dr. Nwoye Otuo and the first law graduate in the community and the first secretary general of the Nigeria Bar Association (NBA) in Nigeria, Late Chief Amanke Okafor.
The Late Okafor served his tenure when the legal Icon, Chief Rotimi Fatai Atanda Williams was the NBA President in the country.
Today, the club is under the leadership of Collins Iloanya, a young man with quality education acquired at the prestigious University of Lagos (UNILAG) to the master’s degree in Public Administration.
Described as a gentleman by the people of the community and members of the club, Iloanya who says he is into genuine business and has never been in the wrong one to disgrace his community, has indeed taken Ambassadors club to greater heights.
All the members are either successful lawyers, Medical Doctors, Engineers, Pharmacists, whether home or abroad and indeed who are into various land mark businesses like shipping, Oil and Gas, Importation and buying and selling.
At the weekend at the Annabel hotels and Suites in Awka, 15 new members of the club were awarded their certificates of induction by the Chairman, Collins Iloanya where the club held what it called its Annual general meeting (AGM)
Some of the new members included the member representing Awka South I Constituency in the State Assembly, Hon. Kenechukwu Chukwuemeka, who incidentally, is a member of the All Progressives Congress (APC)
Others were Chuka Anueghuagu, Kene Ejiofor, Charles Nwakalor, Obinna Achusi, Omerah Odum and Jekwu Ikem whose names were reeled out by the nights compere Chuks Nweke with aplum and cheers.
It was also, a display of cars, a display of food and wines and a display of latest dance steps by the members and their wives including young guests that were invited.
One time Governorship aspirant in the State, and shipping magnet, Chief Emma Nweke was equally in attendance, the only Awka name that was conspicuously absent was Chief Ben Ndi Obi, the Special Adviser to President Goodluck Jonathan on Inter Party matters, but all his foot soldiers were present.
Chief Ndubuisi Nwobu, former State Chairman of the defunct Action Congress of Nigeria (ACN) was in attendance also with the former Deputy Speaker of Anambra State House of Assembly, Hon Kelue Molokwu.
Speaking with the Nation, the State Coordinator, Transform Nigeria Movement (TNM), Comrade Obi Ochije, a member of the Ambassadors Club, said the club had been a rallying point for the community.
He commended the leadership of the club for peace in the land and urged them to continue in such manner, adding that with such situation, very soon the capital city would be a heaven on earth.
Also, Molokwu told the Nation that the club is attached to the three Awka indigenes that made the community proud in discharge of their duties in their different endeavours like Late Prof Dike at (UI), Late Otuo and Okafor in law and medicine.
He said the mission of the club is just to be good Ambassadors of the community to show love and brotherliness and to help to contribute to the socio-economic development of the community.
According to him, “as pioneer members of the club, that dream started by Austine Agagboncha has not died and I believe if the upcoming people stay together like this, the community is in for more goodies in future”
For the Chairman of the club, Collins Iloanya, their vision is to transform Awka and indeed, Anambra State and to impact on their members a new idea and bring generational change in the area.
“We want to create an environment that even the 10th generation will not rival, we want to revive Awka Culture and tradition and that is why the club is called Ambassadors”
“The club has already acquired a new land in the heart of the city worth over 10million naira and by 2015, it will have new secretariat where it will hold its meetings and not in any hotel again”
“We have chosen 30th of every December to hold our AGM, a date that can not clash with any other thing as far as the club is concerned and that is why we have gathered here to inaugurate the new members” Iloanya said
Already, the new land has been fenced to be developed within the shortest possible time according to APC’s Hon. Chukwuemeka. 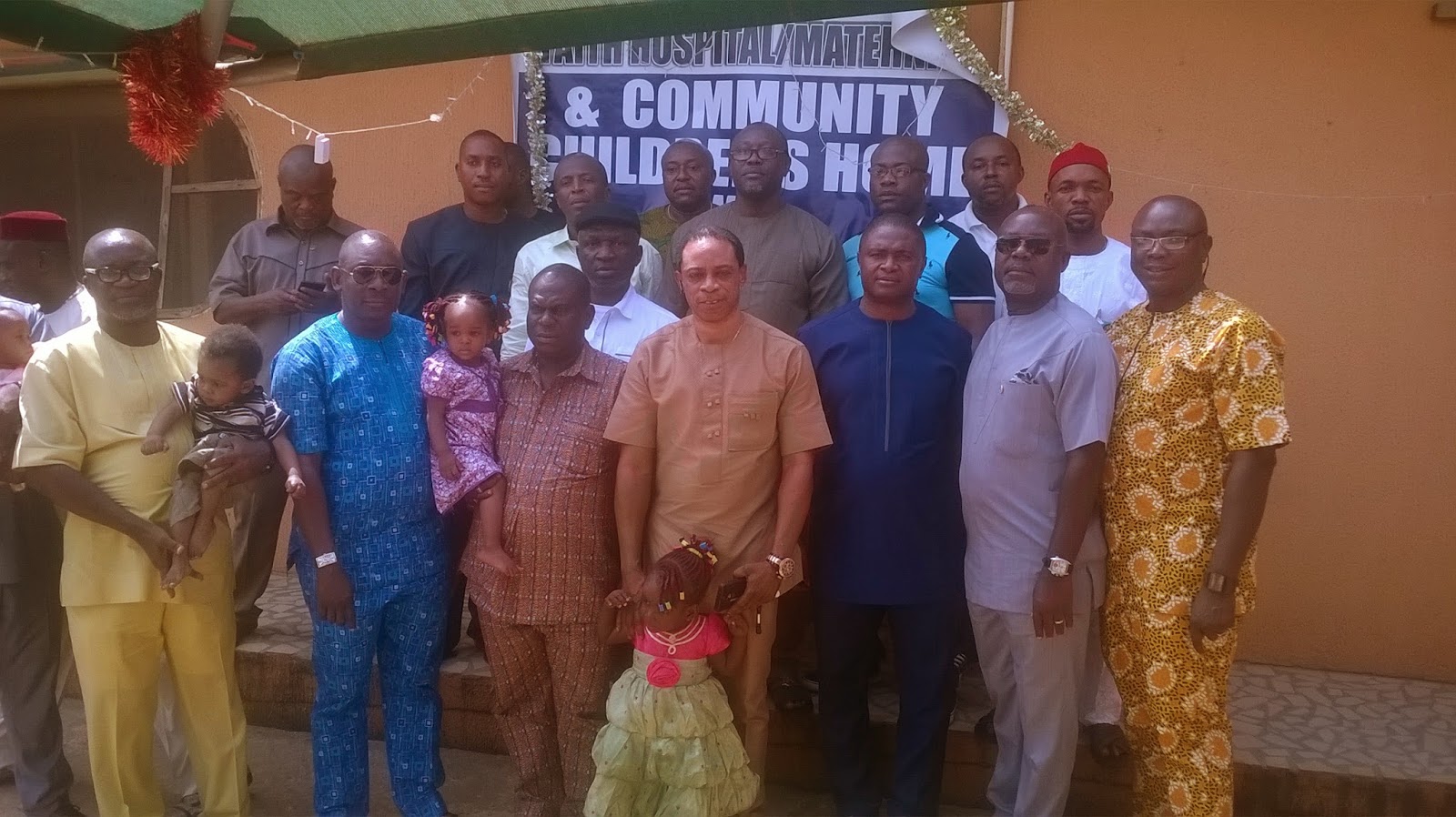