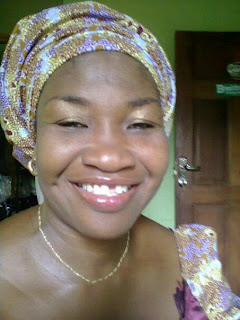 The burial of the former chairman of Anambra council of the Nigeria Union of Journalists, Comrade Mrs Toochukwu Udoji-Omelu who passed on last month after a brief illness will commence on Thursday. A notice by the planning committee of the union states that a service of songs will be held for the departed unionist at the Godwin Ezeemo Press Centre, Executive Business District, Awka on Friday at 4pm with journalists, friends of the media and friends of the family in attendance.. As at the time of filling this report, colourful vests were being distributed to members of the union at the press centre at no cost, and are meant to be worn during the service of songs, while work was also being concluded in the compound in readiness to host the event. A member of the planning committee told our correspondent that the uniforms for the burial ceremony which were purchased by members had been reimbursed by the state government, as such, members are now being given the uniforms for free of charge. The chairman of the council, Mr Henry Nwasike in a telephone interview with our correspondent said that the national body of the NUJ starting from the National Executive Council which is the highest decision making organ of the union has indicated interest to be in Awka for the burial. Nwasike said the union has also reached out State government, Chief Willie Obiano has been on great financial benefit to the union as regards the burial, and that the union will stop at nothing to give its former chairman a befitting burial. The burial rite of the late Udoji-Omelu will be held on Friday in Awka at her husband’s compound after the corpse has been taken to the press center for final honour by her colleagues, while she will be interred in her hometown in Onitsha. She will be remembered by journalists in Anambra for her pragmatic leadership to the union, which saw her winning a second term unopposed. She will also be remembered for her doggedness, which saw her attracting Chief Godwin Ezeemo, a business mogul to singlehandedly take up the construction of the press centre after decades of operating from a rented apartment.