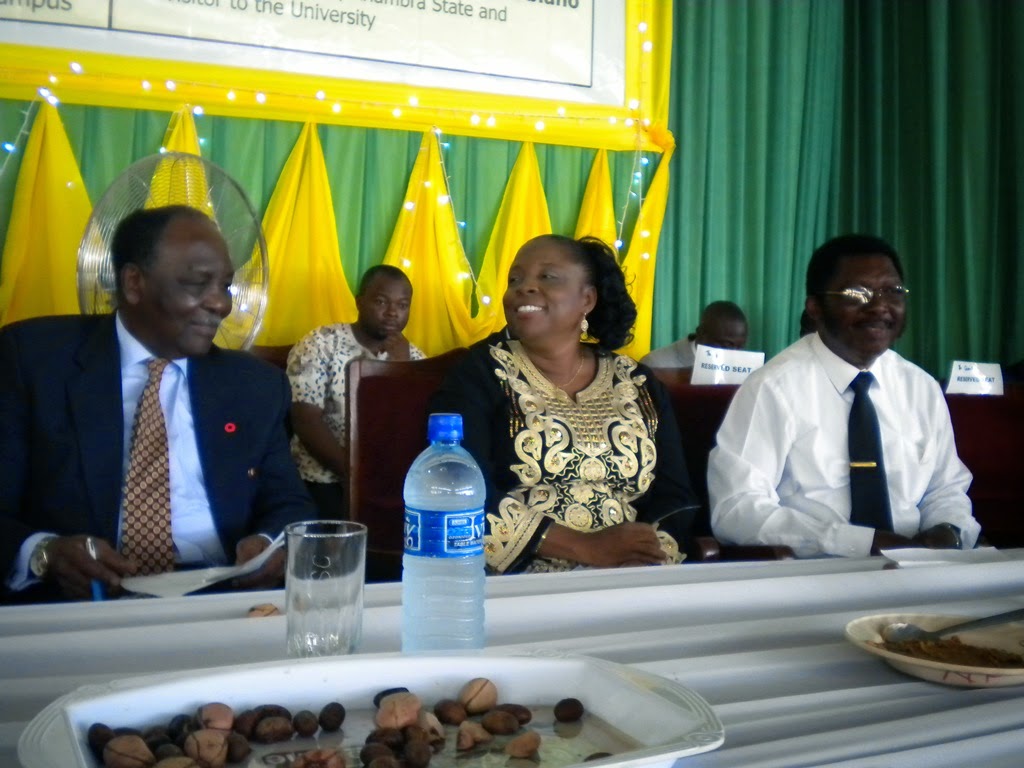 Former military Head of State, general Yakubu Gowon has blamed the leader of the Biafra Nation, Chief Chukwuemeka Odumegwu Ojukwu for the outbreak of the civil war which lasted for three years, saying that his refusal to adhere to the agreement reached at the Aburi Accord was the reason for the war.
Gowon who was guest speaker at the Chukwuemeka Odumegwu Ojukwu Universirty, COOU which was formerly known as Anambra State University in a convocation lecture to herald the 6th Convocation of the university said that Ojukwu’s stubbornness which led him to hold a state broadcast contrary to the agreement in the Aburi accord and also declaring that the accord was for a confederal government was the reason for the war.
He said, “The accord was meant to enable parties involved break the ice and meet as officers and gentlemen to discuss and solve our problem and preferable in our homeland but Ojukwu insisted on a foreign land.
“We went there with no preposition paper, but to meet and discuss, but Ojukwu came with a prepared paper. On return from Ghana it was agreed that I will make the first broadcast and the regional heads will make theirs, but I was down with malaria when I came back and Ojukwu  went on air to say we agreed to a confederation which I had strongly objected.
“This was why we made Decree eight, which Ojukwu rejected. We made the decree and were ready to implement it to the letter because we had given Ojukwu all that he wanted. I got the secretary to the government and Some senior civil servant to review the accord and we came up with the decree I had mentioned. So who ever said the accord failed because of me is not saying the truth, and if there had been no succession by Ojukwu, there would be no civil war.
“I have read several accounts with some amusing me. One of the most misunderstood is that which pertain to the Aburi accord and failure to stop the civil war. Ojukwu had already taken some anti government stand including the hijacking of Nigeria Airways plane and annexation of branches of CBN, Post Offices and cornering of revenue to the new state, and all these meant succession which led to the war.” Gowon said.
He insisted that even in the outbreak of hostilities, he never referred to themselves as enemies, but truly enough because they were rebelling against the Federal government there had to be trouble.
He also insisted the code of conduct for the war, which included that women and children should not be killed, but protected; all who surrendered must not be killed but taken as prisoner of war; churches and mosque must be spared; Civilian and military must receive the same medical attention were all fully followed and in cases where the rules were broken, the soldiers were summarily executed to teach others a lesson.
Gowon said, “I have come to assure you that I was sincere in the war to save Nigeria from collapse and I am sorry for all that were killed that had nothing to do with the war. You can also understand that the whole situation was taken by men within their 20s and 30s, so it should be understandable if any rash decisions were taken, but we must congratulate ourselves for emerging strong, and we owe that to the Igbos who accepted the reconciliation move.”
Gowon said that besides all that transpired between he and Ojukwu during the war, he believes strongly that he and Ojukwu shared one thing in common, and that was their being principled men.
“The war resulted because we both stuck to our principles, and we were working to preserve the integrity of our country. I understand and respect his position, but not the extreme positions he took and if he was in my shoes, I am sure he would have done the same, so we never disliked each other.”
Speaking on the position of the country presently, and the forthcoming general election, Gowon said the election presents Nigerians with the opportunity of choosing a leader with the ballot and not through the guns.
“We must avoid war, history shows that no country has ever survived two civil wars, so it is better to jaw jaw than to war war.”
Also  speaking on Igbo presidency, Gowon regretted that PDP missed the opportunity of letting an Igbo man occupy Aso Rock when it missed the ticket of the party, and stated that only the occupation of the Aso Rock Villa will fully assuage the hurt felt by the Igbos as a result of the civil war.
“We hope that a time will come when the Igbo will get the opportunity to rule this country and give it the leadership it deserves.” Gowon said.
Meanwhile, a mild drama occurred during the lecture when a retuired Biafra Soldier who was told that General Gowon was in the occasion, came dressed in full military regalia, beating security agent to step up to the door when the general was delivering his lecture, banging it very hard and demanding to see Gowon.
“I have a lot of things to tell him, I want to look him in the eyes and let him also look into my eyes. I am sure he will know me and I demanded to see him now.”
He was however stopped from seeing the general as his motive was not clear.
Prof Fidelis Okafor the Vice Chancellor of the university thanked the guest lecturer for setting the record of the civil war which has severally been twisted straight.
The COOU will today(Thursday) hold its 6thconvocation ceremony, and it will be the first since after it changed its name from Anambra State University.
ENDS.

WHY APGA DUMPED FLAVOUR FOR DAVIDO IN APGA RALLY TODAY