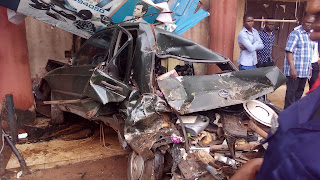 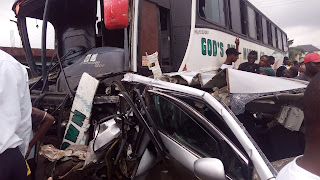 Over 16 vehicles including tricycles, commercial buses and privately vehicles ones were yesterday morning at about 8am all smashed by a luxury bus in Awka town. 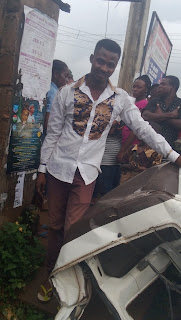 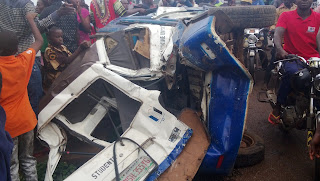 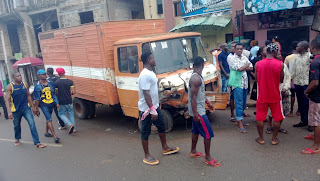 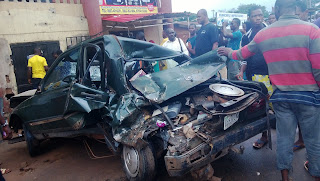 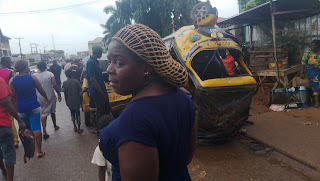 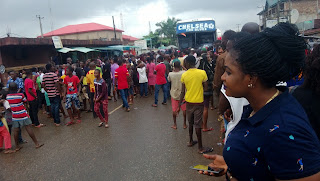 The Marcopolo bus which was conveying goods, including fresh tomatoes and empty crates of beer was said to have lost its brake, shortly after discharging some passengers at Nkwo Amaenyi area of the town.
Sources Told WWW.ELEKENEWS.COM that the bus, which is owned by God’s Own Motors, with Anambra registration number HAL 276 YG lost its brake after some of the disembarked passengers had pushed it, causing it to move at full speed, smashing in its strides most of the vehicles that were on the road at that time of the morning.
When our correspondent arrived the scene of the incident, several damaged vehicles were seen lying on the corner of the road, with sympathizers all around, while some of the owners of the vehicles bemoaned their fate.
One of the victims, Mr Okechukwu told our correspondent that he had just parked his tricycle along the road to look for money to give to a passenger as balance, when the bus came along and destroyed it. He lamented that the tricycle was his only means of livelihood, and that worse still, he was ridding it on hire-purchase basis and was yet to complete the payment for it.
“I am so confused as you see me here. I don’t know what to do, and I do not know how I can start life again. I was even lucky that I was not inside when the bus came, else, what would I have done.” Okechukwu lamented.
Another victim, whose Mercedes car was also affected, Mr Samuel Ugbogu, a community health worker said he was coming to move his car when the bus rammed into it and sped off, and he followed in its trail, determined to know why the driver could not stop to at least say sorry, when he found out that several other vehicles had been destroyed.
An eyewitness who also spoke to our correspondent said that what was baffling was that the driver of the bus was not seen. He said he may either have jumped out of the bus on seeing that he was unable to control it, or may have disappeared through spiritual mean, as the bus was seen racing down the road uncontrolled.
Speaking on casualty figures, the Sector Commander, Federal Road Safety Corps, Mr Sunday Ajayi said that so far, no death has been recorded, but affirmed that several persons were wounded.
He told WWW.ELEKENEWS.COM as at the time of filing this report that he and his men were moving from hospital to hospital to ascertain the actual number of persons affected.

He however warned motorists to always ensure that their vehicles were in good shape, confirming that the pressure on the brake system of the vehicle was responsible for its failure.

Police, NSCDC deny officers who died in a room having overnight sex