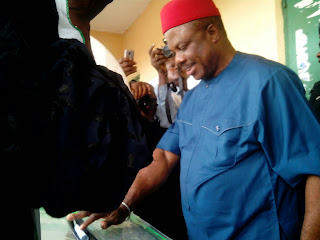 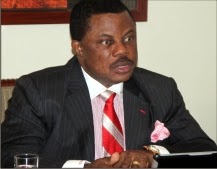 Chief Joe-Martin Uzodike, former commissioner for information, under ex-Governor Peter Obi has faulted the reconciliation move he made last week by the Anambra State governor, Chief Willlie Obiano to his predecessor, saying there was no sincerity in it.
Uzodike said the governor was not sincere in his apologies to Chief Obi as he knows what to do to engender genuine reconciliation, which he said has remained the yearning of his former boss.
Featuring on a political programme on Minaj Systems Radio, Obosi yesterday, which was monitored by our correspondent, Uzodike said there were certain agreements that were entered between Obi and Obiano before he was made the governor of the state, and that he had abandoned them all, yet coming to beg for forgiveness.
He said, “If Obiano goes back to the agreements that were held before the election and implements them, Obi, who I know very well will genuinely forgive him.
“As I speak to you now, Peter’s projects have all been abandoned everywhere in the state. The Agulu Lake Hotel Project, road projects and others, which Obiano had said he will continue and complete, have all been abandoned.”
The former commissioner added that Obiano also knows that Obi did not use government money to make him governor, but simply wanted him to give him credibility, which was the reason he left behind N75billion for completion of projects already started by him.
“People are saying he has spend all the money Obi left him, but I do not want to believe that is true, they know where they kept the money, so they should go and bring the money and use it to complete the projects that there were  meant for.”
Uzodike added that Obi will only be ready to forgive when he has fulfilled the conditions they agreed  upon before he was made governor, and that Obi was a good man, and he was sure he would be ready to reconcile with him, but certainly not until then.
When www.elekenews.com contacted the state’s commissioner for information, Ogbuefi Tony Nnacheta on the Uzodike claim that the reconciliation may not work because of inability of the governor to fulfill some conditions, he denied never hearing such, insisting that he will only react when he has heard so.
Asked if the reconciliation was still working, Nnacheta begged not to comment further on the issue.
Chief Willie Obiano had surprised all last week when he, at the burial of the former principal of Christ the King College, CKC, Onitsha, where both men schooled apologized to Obi, seeking his forgiveness to move the state forward.
Both men have since the inception of the administration been in a cold war, which many said had to do with funds used for the governor’s campaign in 2013.