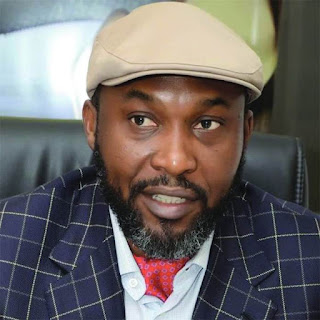 A former Aviation Minister, Chief Osita Chidoka  has affirmed his membership of the Peoples Democratic, PDP, saying that he will never be a part of Anambra Politicians who are defecting to All Progressives Congress, APC, with the hope of getting federal backing to win elections.
Chidoka condemned those defecting to APC, describing them as political jobbers who are only interested in using a political parties as a platform to grab power, but not willing to stay and build it.
The former minister spoke during a meeting with ward executives of his party, Obosi ward in Idemili North local government of Anambra State, saying that he started politics as a member of PDP, and that he was not in  a hurry to leave it, but will rather stay to build it.
He said the act of politicians jumping from one party to another was condemnable because their only reason for doing so was  because the PDP lost the presidential election last year.
He also took a swipe at some of them, who are announced to have secretly joined APC, saying they were the same people who moved round Nigeria to collect signatures from Nigerians to re-elect former President Goodluck Jonathan, but have today left.
“These people are political business men who have only one mission in politics, and that is to transact business with whoever is ready. I call them ‘food is ready’ politicians. They lack character, they lack principles, they lack ideology. They are saboteurs.”
He noted that inconsistency was the bane of political careers , adding that  PDP losing a presidential election was not like losing a war.
“We have lost something bigger than this as Ndigbo. We lost the war and moved on. Why should now lose a presidential election and suddenly became beggars, gallivanting from one political party to another seeking for survival. This is not the character of the Igbo, this is not our style.
“We are known for our resilience, we are known for our resourcefulness, the Igbo are focused”, Chidoka stated.
The former minister insisted that Anambra remained a PDP state, saying that this was shown by the result of the last election in the state, where PDP took the three senatorial seats and nine House of representatives seats out of 11.
“Most of these people(ward executives) you see here were with the party from inception, and have remained in the party. I called you people here to tell you that as the bible said, as for me and my family, we shall remain in PDP.
“Even if every other person left, in 2018 we shall take back the Anambra state government house. APGA is a franchise of the PDP in Anambra state; the franchisor, Mr Peter Obi is now with us in PDP,  the franchise given to APGA by us has expired, so we will take over the government house that rightly belongs to us.
“In 2019, we shall change the change (APC) and take the seat of power in Abuja. Nigeria will always be better under PDP.
“PDP represents free enterprise, PDP represents freedom to the people, PDP represents buoyant economy, PDP represents joy and happiness on the faces of all and sundry, irrespective of your tribe or creed”, the ex-Aviation minister stated.
Chidoka was corroborated by his younger brother, Obinna Chidoka, who is a member of the house of representatives and the local government party chairman, Chief Alex Ibemeka who insisted that they must always work for the PDP.
Though Chidoka has been touted to have the ambition of gunning for the governorship seat of Anambra State, he however kept mum on the aspiration.
Recall that Andy Uba, Ifeanyi Ubah, Chike Obidigbo and other governorship hopeful have recently joined the APC, in the hope of clinching the party’s ticket for the election.