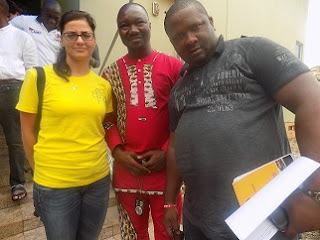 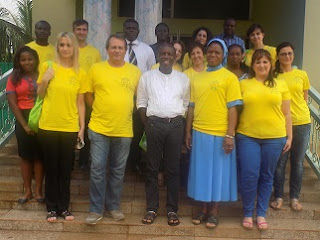 A Non Governmental Organization based in Italy; Opera Don Bonifacio Azione Verde has identified hypertension and diabetes as being on the rise in Anambra State, saying that this is a major pointer to a decline in the living standards of the people.
The group of medical experts from the organization which was led by a Nigerian Catholic priest resident in Italy, Reverend Father Boniface Duru were in Anambra State on a medical mission in which it spent 10 days and stated this during a press briefing to mark the end of their mission in Anambra State.
Duru said the organization visited four communities in Anambra State; Nanka, Ogidi, Umueri and Aguleri within the period of their state and was able to see about 1,000 patients in all, and discovered that hypertension and diabetes are common among the people.
“Most of them came to receive treatment for other ailments, but when we checked them, we discovered that a lot of them had hypertension and diabetes, besides the ailment that brought them to us.
“The surprising thing is that most of them did not even know they had these, yet these are very dangerous killer diseases. Malaria can best be described as an African disease, so there was almost no worry about that as almost all the people also had malaria.”
Bad state of mind and bad feeding habit, Father Duru said are the major causes of Hypertension and diabetes, and that he said shows that the people that the living standard of the people is poor, and responsible for their poor feeding habit and also state of mind.
As a measure to cushion the effect of the diseases, Duru suggested that the state government must work hard to improve the living standards of the people and also create recreational facilities for the people to unwind as a way of relieving stress.
“As people work hard to make money, the tendency is that they eat a lot, but as they do this, they is need to exercise and burn off fat and keep the body fit,” Duru said.
On why the NGO choose Anambra State, Duru said that for 13years, the organization which is founded by him has been visiting his home state, Imo on medical mission annually, but this year, they decided to reach out to neighbouring Anambra State, and when they contacted the state government they were promised a good stay.
“We are open to visit any state in Nigeria, but the state must first assure us of safety. You know, these white people you see here are all professionals in their fields, and we know what it costs to bring them here, and so we have to be very careful about their safety.
Duru adjudged Anambra State is being largely peaceful, and that considering the fruitfulness of their mission this year, they will consider returning to the state next year when they will come on annual visit.