I just finished watching a certain Nigerian, Steve, who hosted Kizz Daniel last night in Tanzania. The guy from the video interview he granted had just floated a new company and decided that to blow his company in the country, by inviting his Nigerian Brother, Kiss Daniel to perform.

No doubt, the idea behind the invitation was for Kizz Daniel to perform his very famous BUGA song. The hall in Tanzania was packed full with people, tickets have sold out, government officials were all around, to listen to a certain Nigerian music star, who crones BUGA, with shoulders hanging in the air in pride.

This guy Steve, according to him had paid Kizz Daniel $60,000. Daniel was supposed to travel from Tanzania after the show to Rwanda, to play in another show, but the country had a different plan.

For the BUGA croner to set foot in their country, the Tanzanian government was ready to delay him for three days. They wanted to fly him to three different states (Tanzanian presidential jet maybe). They wanted to give him the treat that will make him remember Tanzania and salivate to visit again.

The Nigerian show promoter, Steve was also at his best. A businessman based in Turkey, and trying to do something different in Tanzania with a new entertainment company he just founded.

Tanzanian folks told him Nigerians were fraudulent, and they even doubted that he had booked Kizz Daniel for the show. The bold ones among Tanzanian fun seekers told him to his face that it was one thing for him to promise to bring Kiss Daniel, and another thing to fulfill his promise. I’m sure Steve laughed at them, because he knew he had shelled out a princely sum ($60,000, equivalent of N42million) to his brother Nigerian to come perform for an entire country.

Some of his Tanzanian friends who were also sure he had paid, may have still warned him that “paying Kizz Daniel was one thing, and getting him to attend the show may be another.”

To them, Nigerians are so fraudulent that everything under the sun that is bad; Nigerians are capable of them all. I’m sure Steve the businessman and show promoter may have just been laughing at them. He was cocksure Kizz Daniel was coming. After all, he was also a Nigerian, and so, even if Nigerians are used to defrauding other nationals, Kiss Daniel was his own Nigerian brother and would support his brand well enough to come and perform, despite the huge amount he was paid.

It may be for a reason like this that when Steve learnt that Kizz Daniel’s flight from Lagos was going to be delayed, he pulled the right strings in the country, and the captain of the flight the star was billed to fly in was called. Steve said he told the captain, “If Kiss Daniel doesn’t fly in the proposed flight, there will be trouble in the country, and you may be in trouble because the entire state officials are waiting for him.”

It may have been a relief to Steve when Kizz Daniel touched down at the Tanzanian airport and proceeded to his booked hotel. To be a star is very sweet.

Alas, it was evening, and the entire hall was charged. Everyone was prepared to BUGA. Even the Tanzanian minister of youths and sports was down, waiting to shake hands with the famous Nigerian prodigy, but you know what?

His hosts reminded him he already had a heavy gold chain round his neck, so he could hit the stage, but he told them he always wore two gold chains each time he performed.

I’m sure they must have thought it was a joke, but the BUGA guy stuck to his gun. All through the night, Steve and his friends knelt, begged him, cried their eyes out, persuaded him to get on the stage, but dude stuck to his gun. “I forgot that particular gold chain, and I’m supposed to wear two of them on stage, so I won’t perform.”

For a show that had Pepsi, Martell premium wine among others as sponsors, the fans got wild. They destroyed several properties at the event venue. To the average Tanzanian fun seekers who was there, the thought is – “I told you this Nigerians are bad.” I’m sure they didn’t also believe Steve truly paid Kiss Daniel to perform, after all, Steve himself is a Nigerian.

Talent is good. It can take people places, but as you horn your talent and get famous, please take some sense along with you. This is the case of Kizz Daniel.

Maybe it is the poverty in me that is making me think it’s a big deal to disappoint a client who has advanced you N42million for your services, but I’m sure even the Warren Buffett, Bill Gates and Aliko Dangotes of this world would not toy with an agreement that is already sealed.

Some commentators have said the second gold may be where Kizz Daniel’s otumokpo lies, but it will amount to idiocy to know where your strength lies and leave it in Lagos, while travelling to Tanzania to perform.

He has been arrested and released, and the country insists he must pay for all damaged properties, and must also perform free for the country before leaving.

I’m sure he can meet those conditions, after all, he is rich. For me, if you play BUGA in your birthday, I will dance to it, but if you tell me Kizz Daniel is coming to play, I will save myself the heartbreak and walk away, because I’m sure he may not appear. He may even appear and forget his chains, and if you’re lucky and he appears, wearing his two gold chains on his neck, he may still insist that only a third chain will make him perform well. Talent is good, but it’s not enough. You need to add sense.

OPINION: When citizens start thinking of burying money in backyards 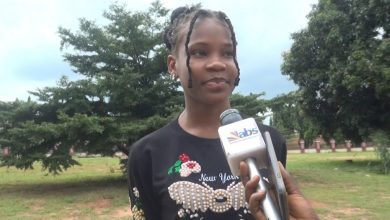 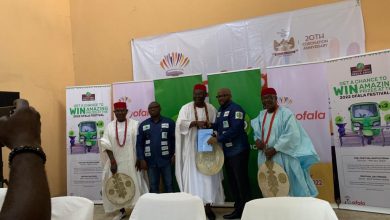