Facebook Twitter LinkedIn Tumblr Pinterest Reddit VKontakte Odnoklassniki Pocket
In this interview with Chiefv Peter Obiano Madueze a house of representatives candidate for Anambra east and West on the platform of All Progressives Grand Alliance(APGA), there is nothing to gain in politics than the joy of serving the people well. 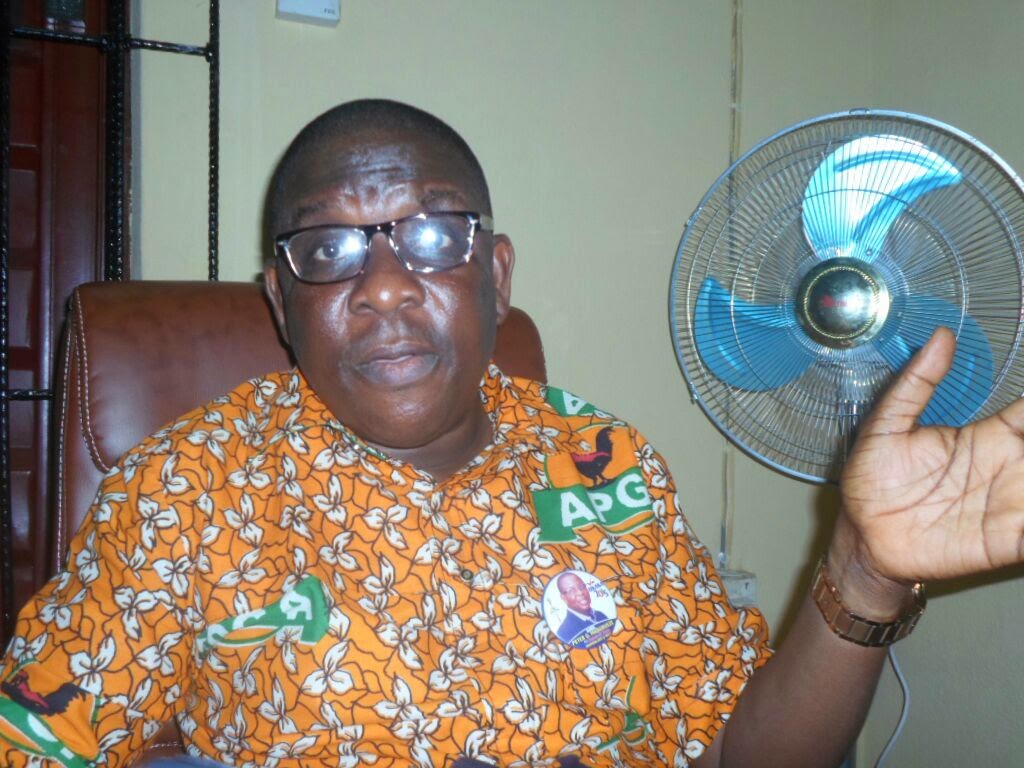 EXCERPTS:
Sir can we meet you

I am a lawyer and also a business man. Prior to my becoming a lawyer, I was into aviation industry. I had a diploma in Ticketing and Reservations from British Caledonia, London now British Airways.
How did you ventured into active politics

I joined active politics in 2005 and in 2007, I contested for this same position, House of Representatives under the defunct Action Congress (AC). In short I was the founder of the party in Anambra East and West Federal Constituency.

After that, I made a lot of impact that made APGA members to woo me into the party and finally in 2008, I joined APGA. I was also an aspirant for the same position in 2011 under APGA. The party saw a lot of potentials in me and they decided to give me sensitive positions in the party.
I was a leader of a five-man delegates that toured all the local governments in the state to ascertain if Anambra North would be allowed to produce governor. We made our report to the national chairman of the party, Chief Victor  Umeh, which showed that almost every stakeholder was  frank to tell us that it was the turn of Anambra North to produce the next governor of the state. During the same period, the then governorship aspirant under the party, Chief Paul Odenigbo made me his Director of Campaign.
After the primary which brought in Chief Willie Obiano as the candidate of APGA in 2013, I was made Obiano’s campaign Director in Anambra North senatorial district. the party also made me election chairman for Anambra West local government in the same election. We did our job creditably and Obiano emerged as governor of the state.
Having occupied these political positions in the past, how confident are you in winning the election. What do you have as advantage over other candidates?
A lot of people know me in the area because from my youth days, I had fought for the development of the area. They see a humble person in me who does not indulge in shady deals. Again, none of the people that had represented the people of this area happens to be a lawyer. This is the first time they are going to have a lawyer as their representative.
Also, they know I was young when I was the first person to establish a community bank in whole of Omambala area.   The defunct bank then was known as Otuocha Community Bank. It was due to the Aguleri/Umuleri or Umuoba/Anam war that affected the bank which would have grown to becoming a micro finance bank today.
Like you have pointed out, since 2007 you have either contested or aspired to be a legislator, what kind of legislative influence to you intend to bring to bare for your people?
For one day I was not thinking of becoming a politician, until my people came and gave me a direct order to contest the House of Representatives. Another thing they insisted was that I should not contest under the Peoples Democratic Party (PDP). They insisted on another party. It was after that I finally decided to join politics.

Our educated people don’t get employed, especially federal jobs.Someone like me knew about the Federal Character Commission but the people didn’t know how to get there, and so I decided to contest to give my people jobs.

Also, I found out that flood gives us problem every year and federal government sometimes bring in ecology funds which eventually ends up in the pockets of few people, so I decided to  contest to ensure that all the ecology funds are used for their purpose.
Apart, from that we need roads in our areas because we are the food basket of the state. Most of the crops produced are sold at cheap prices simply because there are no roads to convey them to urban areas. I needed to be at the national assembly to affect the lives of farmers in my area.
But legislators don’t build roads do they?

You see, I don’t believe that legislators don’t build roads. In the budget legislators make, they lobby to add the needs of his or her constituents and money is being added because you are there.  By so doing that, they attract a lot of projects to their people and my target is that every year the needs of my people are included in the budget estimates. It is by doing so that we say that legislators build roads and other key infrastructure, but lawmakers do not touch this money physically.

In the past somebody influenced the federal roads that stretches from Umueze Anam, my village to Nzam through Inoma and then to kogi, but when they left, that road stopped there, that road is a big road that demands a lot of money beyond what the state can do, so federal money must be appropriated there every year and if you do not know how to go about it, it will remain abandoned. So one of my missions is to ensure that, that road is appropriated for every year, because if that road is put in good shape, people can get to Abuja from here in two to three hours.

Over 1million PVC yet to be collected from production factory in China, says Jega