Mrs Ifeoma Agbanusi, the newly elected President General of Obosi Community, Women’s wing said that they have achieved a lot of reformation amongst the community youths.

Agbanusi said that the Women’s wing of the community leadership has through their annual Ifunanya Day activities restore high level of sanity in the town.

She said this on Tuesday in Obosi Idemili North Local Government Area of Anambra during their annual Ifunanya Day celebrations.

Agbanusi said that the day is an annual activities packaged by the past executives of the Union and that it has yielded lots of success.

Agbanusi said that lives of people in the community have been touched positively through the actions achieved through the women leadership.

Agbanusi said that the year event was based on awards and recognition of women in the community whom through their financial support lots of positive results was recorded.

“Charity begins at home, as such, we honoured some women whose support has earned living to the poor, sensitisation program was achieved amongst the youths.

“Life was reformed through education on dangers of prostitution, human trafficking intake of illicit drugs amongst others.

She said through the financial supports from the women, they were taught how to have good home manage and child training.

“Women were taught on how to positively influence biased minds to forsake the evil ways of worshipping idols and quick money making syndrome “,she said.

She said that special awards was given to distinguished women of the community who have humanitarianly served the community over the years. 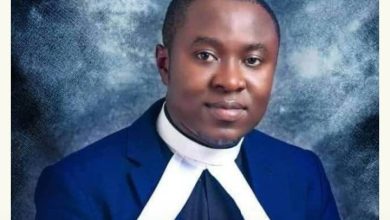