Ohanaeze Ndigbo worldwide, has called on other governors in the Southeast to support Prof Chukwuma Soludo on the release of Nnamdi Kanu by the Federal government.

The call was made Tuesday by the Vice President of Ohaneze Ndigbo Worldwide, Chief Damian Okeke -Ogene, through a statement in Awka, which was made available to The Razor

He said the unconditional release of the leader of the indigenous people of biafra IPOB, would arrest the unrest in the Southeast.

Soludo, had during the APGA 2023 campaign flagg off at Dr Alex Ekwueme Square in Awka, last week Saturday, said he was ready to stand surety for the IPOB leader.

Even at that, Okeke-Ogene, called on other stakeholders in the zone, apart from the governors, to also support efforts of Soludo to restore stability in Igbo land.

He noted that collective efforts of the Governors would help tackle the challenges confronting the region.

The Ohanaeze leader, commended Soludo for his strong political will in calling for unconditional release of the the detained Biafra agitator ,while volunteering to stand as his surety.

He noted that such decision had further demonstrated his commitment in championing the cause of Ndigbo and protecting the interests of the people, not only in Anambra State, but the entire Southeast zone.

He said the call should be supported and reechoed by other stakeholders in Igboland and reflected the stand of late Mbazulike Amechi and late Ohaneze President Prof
George Obiozor.

He maintained that Federal government had no legal nor moral grounds to still hold the IPOB leader in captivity since court of competent jurisdiction had ordered his release.

Okeke- Ogene, urged stakeholders in other zones and regions to raise their voices in the present struggle to protect and promote the rule of law.

He expressed confidence that the release of IPOB leader, would end the unrest and incessant waste of lives in the Southeast. 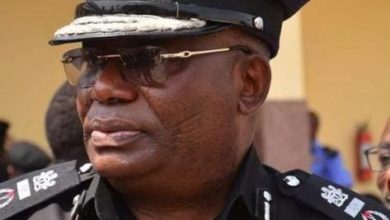