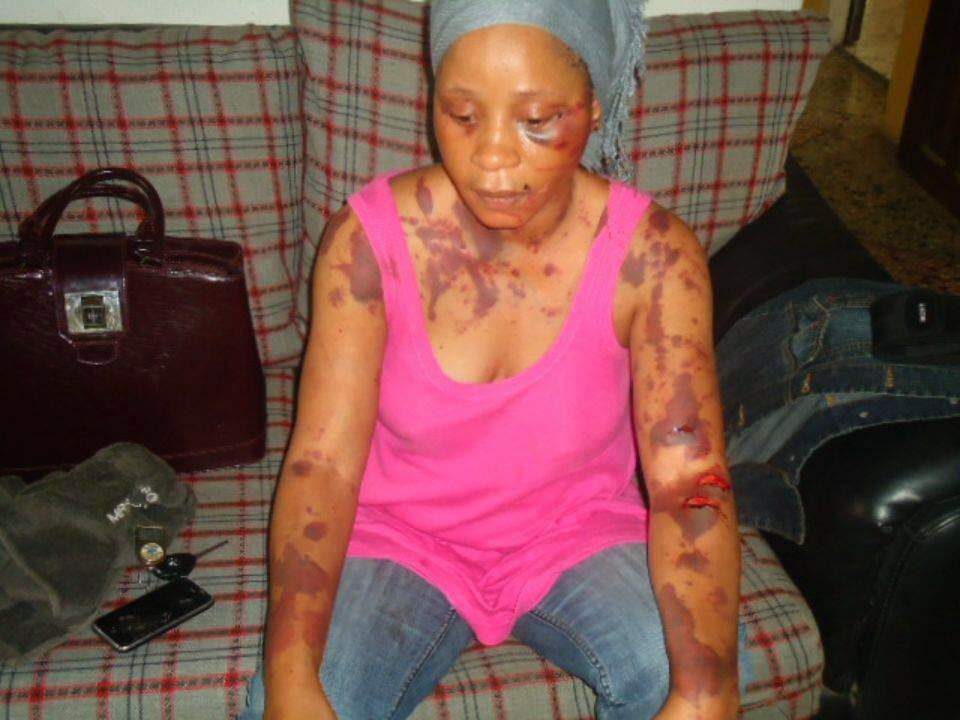 The man in this picture is Alhaji Kayode B Fashola popularly known as Uncle K. He is an Uncle to the present Governor of Lagos State Tunde Fashola. His number is 08033282610 and he lives at 21, Akinhanmi Street Surulere.
I have decided to post this on facebook so that people know the kind of person he is and for the public to be careful. The woman in picture is her legally married second wife. Her offence is that he found a complimentary card on her table. And without asking questions, he locked the door and almost beat her to death. Again I must warn the public that this man is not only a wife beater, he is a smoker, a drunk, extremely jealous and a chronic womaniser. He boasted that he is above the law in Lagos by virtue of his position but we all know that no one is above God.