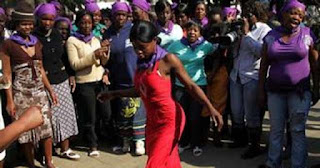 www.elekenews.comharkened to a recent call to write on the growing sex life in Awka, occasioned by the return of night life, and what we found would surprise those who are not night crawlers.
This publisher is not exactly a night crawler, but as a journalist, certain sacrifices have to be made, and certain lifestyle indulged, just to get the best reads for readers.
It indeed will surprise many that Awka now has a night life comparable to Enugu and Owerri, which are known to be the best in South East, and even moving fast to surpass those cities.
The growing number of hotels, pubs and night clubs have also enhanced the night life of Awka, and the attendant effect is that the number of prostitutes in the town has also grown. The secured environment occasioned by the effort of the state governor, Chief Willie Obiano in the area of security can at best be said to be one of the enablers of this trend.
The presence of higher institutions, mostly populated by ladies and the growing hardship in the country can also be said to have helped to increase the number of ladies who dot red-light districts in Awka every night.
www.elekenews.comwill in a serial report that will come sporadically to you throughout this month serve you all you need to know about night life and the booming sex trade in Awka.
This publisher has also secured the confidence of some known night crawlers who will write pieces on various topics, and even real life stories of their excapades in Awka while nightcrawling. Attempt would also be made to find willing girls who indulge in this to tell their stories, using psedo-names. Any willing person can also write this publisher on experiences or anything interesting he or she encountered while nightcrawling, and the person can be sure that their identity will be protected.
For example; do you know that they are about five known red-light districts in Awka where men go to pick up cheap girls for sex? You may not also know that the red-light districts have specific kind of girls that seek patronage from men in those spots, such that if you need them old, young, cheap, expensive, you have to visit your choice of district.
I doubt if you know that for just one thousand naira, you can even take a girl home for the night, depending on the circumstance anyway. You can also park your car by the roadside and have a quick one at night, while passersby look away. There are also makeshift bunkers where touts who cant afford hotel bills pay N200 to rush a quickie.
Awka alone as at the last count has 98 hotels and still counting, as atleast one hotel is declared open every week, but you may not also know that half of the hotels in the town have prostitutes lodged in them, with the aim of soliciting patronage from men. Not minding the cost of accommodation in the hotels, you will still find them. Infact, the higher the cost of accommodation, the more likely that the girls will net rich patrons. You may not find them dressed in skimpy attires as they will do at the red-light districts, but of course that doesn’t absolve them of the ability to provide sex for pay.
Different red-light districts in the town can also be said to have been dedicated to different sizes, ages and classes of girls and these influences to a large extent their charges. You will know lots more if you keep a date with www.elekenews.com.