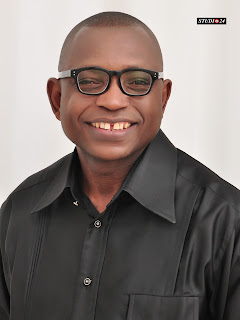 There is Panic in the All Progressives Grand Alliance, APGA currently, this is following the announcement of the exit of one of the major financier of the party from Idemili axis and a former aspirant to the Idemili North and South Federal constituency seat, in the 2015 general election, Barr Dr Theodore Okonkwo.

Okonkwo, a former staunch member of the party was the pillar behind the victory of the APGA in 2013 governorship election, who ensured victory for Governor Obiano above the favoured Dr Chris Ngige in the Idemili axis had during the election spent over N60million donating billboards, rice, motorbikes And others to supporters of the party to ensure victory for the party.

The fear in APGA is that with Okonkwo out of the party, they will likely loss his financial muscle, while some other money bags in the area may also consider toeing Okonkwo’s line of leaving the party, hence the party is running around to salvage itself.

ELEKENEWS.COM gathered that the main reason for the exit of the party by Okonkwo was what was described as insensitivity on the part of both the leadership of the party and the government of Anambra State, who after winning the 2013 governorship election started practicing government of exclusion.

Okonkwo in a press chat to announce his exit from the party during the week said, “It is all about what my people want, and I do not and cannot stand alone, I have a base. I have a structure within Idemili North and South. The voices and choices of these people have been muffled and near servitude.

“We need to re-engineer and reposition. It is a democratic choice. In summary, disenchantment is the core reason for my exiting from the party. There is a feeling of disappointment about the Party which I previously respected and admired. There is growing disillusionment with the leadership. It is the disenchantment of a first love gone sour”. He said.

Asked where he is headed, the philanthropist and grassroot politician stated that he is not in a hurry to rush into any other political party, and as such, he wants to take his time to consult and also seek the consent of his people.

“My present focus is on the welfare of my people. In the coming weeks we shall kickstart activities of Dr Theodore Okonkwo Foundation, a non-political, non-religious organization. We shall touch lives all over. I will dedicate my time and resources to this.

He however added that once the choice is made his people will definitely fare better than from where I was coming from.

A copy of Okonkwo’s letter to the National chairman of the APGA, Chief Victor Oye to announce his exit, which was made available to our correspondent stated that, “I have finally and irrevocably resolved to leave APGA and pitch my camp elsewhere.”

“As the Governorship elections in Anambra State approaches it becomes necessary to reposition my political career and vision. God has been so good to me in all respects.

“This is a painful decision but I have prayerfully weighed the options and convinced that this is the right thing for me to do.” Okonkwo said.

Meanwhile, our correspondent gathered that over 5,000 supporters of Barr Okonkwo from Idemili axis of the state are set to leave with him.

They consist mostly of youths who are on his scholarship scheme, and aged people whose lives he has touched through his philanthropic gesture.