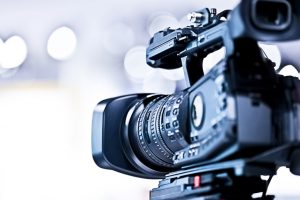 Nigerian based technology experts, Third Eye Group says it is partner international bodies to monitor Saturday’s election, using cutting edge technology to ensure that those found in acts of malpractices in the election would be exposed.
The group said it would deploy four drones in the 678 polling units of Nnewi North, Nnewi South and Ekwusigo federal constituency under a pilot project.
Mr Uche Ubajaka, project coordinator of the group who briefed journalists in Nnewi on Wednesday said beyond the drones, the group would send observers and monitors out for the election and would equip them with fez caps, pens, key holders and other materials, all of which are installed with high-tech equipments that can capture audio, still and video images from afar.
He said, “We deal in technology basically, and for this election we are working with several international bodies to ensure free and fair election. It is a pilot project, and we are starting here in Nnewi North, Nnewi South and Ekwusigo federal constituency, may be because I am from here.
“We are equipped and resolved to expose reckless practices in election by giving to whoever that dares the ‘Gandollar’ treatment. It is a warning for all to comport themselves decorously during the election or be exposed.”
Ubajaka said the sole aim of the group was to help INEC conduct a credible election, and hopes that the success registered during the election would show if the gadgets would be deployed in subsequent election.