I am from Biu local government area in what is now the troubled Borno state. I grew up in that peaceful and homogenous part of Nigeria. I was born a christian from a christian family, and as a young primary school pupil in the early 80′s I would sneak into gardens and climb Mango or cashew trees while my mates were in school. To me then, the school system was an infringement on my understanding of personal liberty. I feel, if someone has the capacity to learn in a few months or years why subject the person to six (6) years primary school, six (6) years secondary education and four (4) years in the university. However, I read many of my mother’s novels. She had hundreds if not thousands of books. I managed to go to several schools to please my parents but I ended up not writing the secondary school leaving exams. But I was a teacher to many of my friends and peers at the time, and I helped dozens of graduates with their final year project work. I knew within me that I can be a good writer, a good researcher and a good investigative journalist but that was tantamount to wishing for the impossibility since everyone had to go to school to achieve that. I also had an obsession to leave Nigeria to Europe or America to live my dreams at a very early age. In the 90′s, when my mates were in the university, I was briefly a Marxist, a free thinker and in 1997 I finally embraced the Islamic faith on my own volition. At that time I had two (2) completed manuscripts which my mentor, late Dr. Jibrin Bala Mohammed, an associate professor in journalism encouraged me to write. In early 2000 I moved to Abuja with the hope that I could get a publisher for my books. I was sent out of my relative’s house because they feared that I could convert their son to Islam. So I got a job as a night guard in Wuse zone 2. In the night I worked as ‘Mai guard’ while in the day time I was called a brilliant and aspiring writer. It was at that point that I met Obiora Chukwumba through Uche Ezechukwu, two wonderful Igbo gentlemen and one of Nigeria ‘s finest set of journalists that I always remain thankful to. Obiora, the pioneer managing editor of Insider Weekly Magazine gave me my first job in February 2001 as a reporter, after a few reporting assignments I did for Uche. I did not present the usual smart curriculum vitae; mine was just a Primary School Certificate but Obiora believed that information that is unique and refreshing from someone like me was more valuable than the frequent parading of cute ivory tower diplomas that offer so much ego and polish with no substance. I worked as a reporter for several newspapers in Abuja and Maiduguri. I didn’t have a degree like many of my colleagues therefore I could not afford to wait for press releases and interviews. I was always looking for scoops or doing my development reporting to survive the competition with graduates in the news room. I was trained most especially by Obiora that every major news outbreak frequently starts as a signal which is most often ignored, sometimes even by acclaimed journalist. As a reporter for Uche Ezechukwu’s New Sentinel in 2006 I pleaded with Emmanual Yawe, the managing editor to see the news value of my first interview with late Mohammed Yusuf. I was eager to tell the world the influence he was having on thousands of youths in the area. Two parents had earlier approached me in my area to talk to their kids about their new found obsession with the teachings of late Mohammed Yusuf that made many youths to abandon school or resign from civil service etc. I was seen by many, though not as a role model for education, but for hard work and commitment to whatever I set to achieve in life. I began to write exclusively on the sect and painstakingly built and developed a network of invaluable sources within the group. 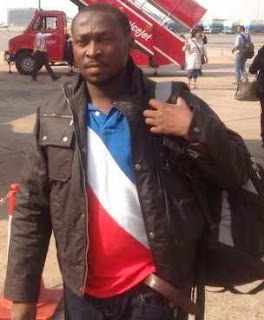